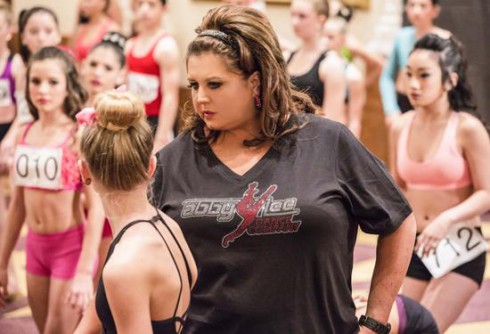 Dance Moms Abby Lee Miller has already copped to faking her engagement, but is she faking her shows, too?

For her part, the Abby Lee Dance Company owner admitted to Access Hollywood this July that some aspects of the Lifetime show are “staged.”

“Well, they do things,” Abby said, seemingly of the producers. “But the outcome is real… We have to put a routine on the stage. We are doing the choreography. My staff and I are in the trenches, working. So you have camera people and sound people and the mothers fighting… It’s just all ridiculous when we’re actually going to put a routine on stage.” 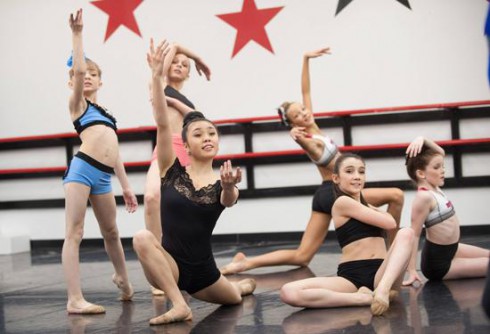 Even though Abby Lee claimed the staging was minimal, others who have participated in the show say that isn’t true. After appearing on a 2013 episode, Dance Spirit‘s Rachel Zar said producers “cooked up” whole scenes and only allowed some of the cast members to be aware of the plans. She also said the footage is manipulated.

“This show has really good editors. After all, they have to cut a full week of footage into one hour. They can also make it look like you’re reacting to anything that’s said in whatever way they want,” she said, but added much of the emotions shown are genuine.

The families that appear on the show are contractually obligated to participate, which can put them in awkward situations.

“Right now we are under contract with Lifetime,” said Christi Lukasiak in an April 2013 video. She’s reportedly locked in for six seasons. “Kelly [Hyland] and I have tried to leave a million times… I was just so fed up with the show and the way the girls are treated by producers.” (Kelly was later arrested for assaulting Abby Lee.)

Reality Tea also speculates some of the competitions on the show are rigged: The site’s resident Dance Mom expert noted that few audience members or other “teams” were present during this week’s episode. One reader added, “there were like 10 other girls on stage and the camera stayed focused on the [ALDC] girls! The camera would cut any time another ‘team’ won as to avoid showing the fake awards! Some of the girls on the team that came in second were wearing jeans!”

By now, most of us know this kind of alleged fakery is par for the course with reality shows. However, one thing Dance Moms definitely has going for it is the girls’ legitimate talent.