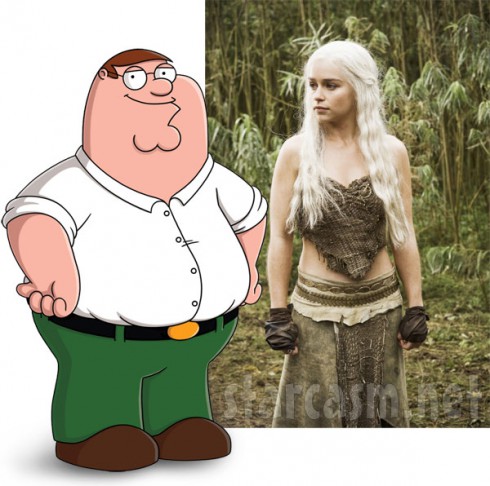 Seth MacFarlane is known for his array of celebrity guests on his popular show Family Guy, and now he’s reportedly teamed up with one of the actresses from Game of Thrones, but it’s not for his show. Seth and Emila Clarke were seen together at last night’s HBO Emmy afterparty at the Pacific Design Center in West Hollywood and the two were getting more than cozy — despite their best attempts at playing coy.

“They were very intimate at a small table in the back of the party,” an eyewitness tells Life & Style. “He put his hand on her thigh and rubbed it! They were very close and flirty. When people came up to them, they moved apart like they were trying to hide that they’re an item.”

“I even overheard Seth saying to another person, ‘We’re not supposed to be at this table; it’s meant for Clive Owen, but we wanted to escape everyone!'” the eyewitness adds. 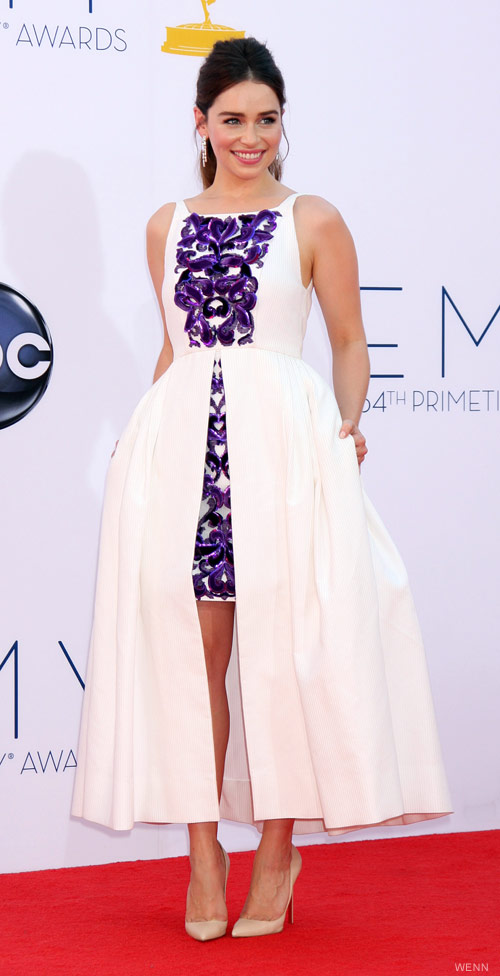 As hard as they may have tried to keep their new relationship on the down low, a picture still surfaced of the two of them together and looking more than friendly. In fact, E! Online managed to get their hands on a picture of the Seth and Emilia holding hands and gazing into each other’s eyes.

This wasn’t the first time Seth, 38, and Emilia, 25, had been spotted together in public. Back in July, the pair were both in attendance at the Playboy and True Blood 2012 event in San Diego, California and even posed for a photo together. Can you say House MacFarlane? You know what they say, “First comes love, then comes marriage, then comes the stallion who will mount the world!”