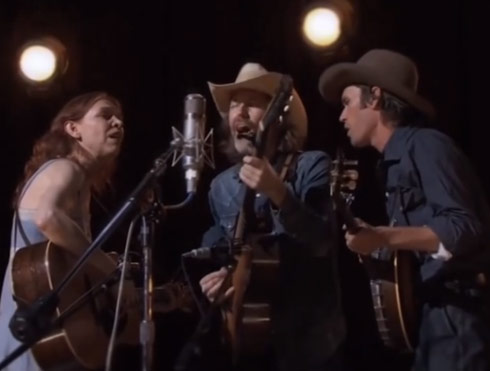 Often the expectations of an end product when the initial concept seems so close to perfection can be overwhelming. These things can often fall flat, or at least fail to reach the lofty hopes generated by a beautiful plan.

Remarkably, for Showtime’s concert film Another Day/Another Time: Celebrating the Music of “Inside Llewyn Davis,” the idea of reuniting music producer extraordinaire T Bone Burnett with directors Joel and Ethan Coen for another concert film akin to their marvelous Oh Brother Where Art Thou follow-up Down from the Mountain not only succeeded but somehow exceeded what even had to be their wildest dreams.

Told straight – Another Day/Another Time is the most breathtaking concert film I have seen in years. While I understand this review of sorts comes long after the release, I believe sometimes you need time to really have a concrete idea about something, especially when it hits you hard, to be able to feel confident in writing about it.

The film, directed by Christopher Wilcha, features an astonishing collection of artists all looking to pay tribute to the folk music scene of the 60s as represented in the film Inside Llewyn Davis. 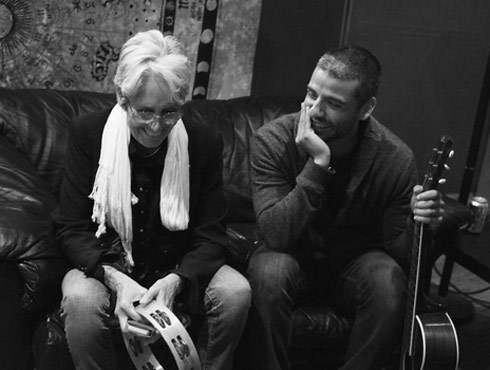 Wilcha does an excellent job of framing beautiful shots of the performers on stage while occasionally intermixing behind-the-scenes clips, without being obstructive to the flow of the feel of seeing a live show. These unscripted visages and discussions with the performers highlight the camaraderie and their obvious love for this music that has deeply influenced them and brought them together for one heck of a concert.

There really are too many highlights to feature them all so I’m just going to share 3 that have particularly stayed with me. Before I do that I’d like to provide links to where you can buy this online. The best I can tell, the movie isn’t available on DVD/Blu Ray in the U.S. yet but that will eventually happen – it has to.

You can rent or purchase Another Day/Another Time: Celebrating the Music of “Inside Llewyn Davis” via Amazon here and via YouTube here.

The Dave Rawlings Machine: “I Hear Them All” / “This Land Is Your Land”

Dave Rawlings, Gillian Welch and Willie Watson are all stand out performers on their own and each take their turn singing lead in the movie. With this particular selection Dave’s the man as he leads the trio through a resounding mesh of Old Crow Medicine Show’s anthemic “I Hear Them All” and Woody Guthrie’s timeless “This Land Is Your Land,” a tune Bruce Springsteen has called the greatest song about America ever written.

We hear that struggle is not of any one time or place, we hear the crying out for benevolence and can see the harsh finger of the individual identifying those of influence and power trying to tell us which side we can or cannot stand on. It’s rebel music delivered with Rawlings’ blistering acoustic acumen and the wonderful power of this machine’s harmonies:

Jack White: “Did You Hear John Hurt?” / “We’re Going To Be Friends”

Jack White is a cool dude. He’s kind of a walking embodiment of the idea of this whole undertaking as his soul seems to come from a different place and different time. White, along with fiddle player and singer Lillie Mae Rische, lay down the perfect ode to the New York City folk scene with Tom Paxton’s “Did You Hear John Hurt?”

Without missing a beat he then drops a killer version of his fan-favorite original “We’re Going To Be Friends.” With just the first line the crowd erupts upon realizing which song he’s doing – and man does he do it well:

Marcus Mumford: “I Was Young When I Left Home”

As the film builds to a close, Marcus Mumford challenges himself by taking the stage alone for his own version of Bob Dylan’s “I Was Young When I Left Home.” He’s seen behind stage before the performance saying, “My temptation is to try and make everything big. So, going back to the small and the quiet is gonna be quite exposing. It’s terrifying really. It’s good though. It’s good to do things that are scary.”

Mumford does keep it intimate and the result is scary good. It reminds us of the unflappable power that one person with one instrument and one great song can wield – rekindling a belief in the idea that the world can be changed, that hearts can be moved and minds rearranged when confronted by this kind of presentation:

As I read the personal reviews other folks are sharing after having seen Another Day/Another Time I can tell I’m not off base with being so in love with it.

It was a simple idea really. Gather great acts with great songs led by a great producer and film the results. Being responsible for capturing this moment, like Mumford said, had to be scary but I can’t imagine it having been done any better.

Passing The Car Test: A review of “Superhighway” by The New 76ers