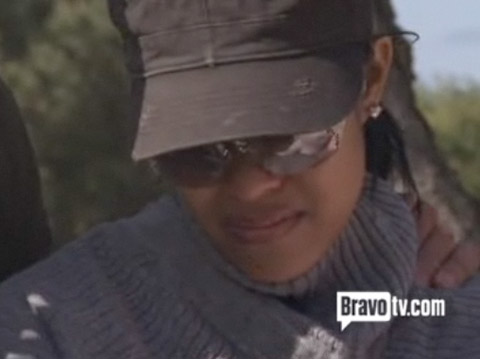 Lisa Wu Hartwell’s storyline during Season 2 of Real Housewives of Atlanta involves Lisa’s struggle over visiting her older brother Meho’s grave site for the first time while she’s visiting L.A. for her grandmother’s 90th birthday party. Lisa’s siblings, including brother Andre and sister Marlowe, are trying to persuade her to visit the site for closure, but Lisa’s not too keen on the idea.

So how did Lisa’s brother die? She’s delivered a canned response twice on the show, claiming that he died of unknown causes, adding that he was on a lot of medications and drank. Lisa also revealed that her brother was gay, but he had a girlfriend.

Maybe the family wants a great deal of privacy about the matter and although they really know what happened, they’ve asked Lisa to be vague about the issue on television. 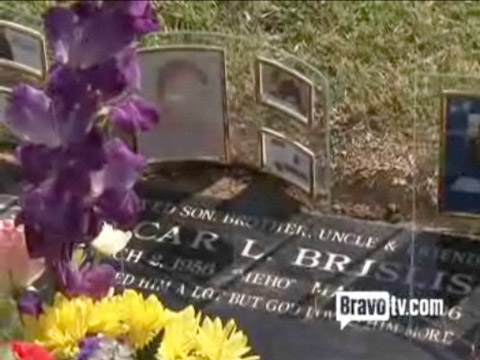 On Meho’s grave marker is his real name, Oscar L. Brislis. I researched the name but could find no more information. In case you were wondering why Lisa and her brother had different last names, it is explained by one of Lisa’s answers in an interview with asiancemagazine.com:

My dad is Chinese and my mom is Black and they met in Baltimore, MD. My dad was in the service. He met her out there. I have other siblings too. She was previously married to a Spanish guy. She had some children with him but when my father married her, he basically raised all the children as his. Then they moved to Los Angeles. Dad was in the Army.

Here’s the emotional scene from Bravo: