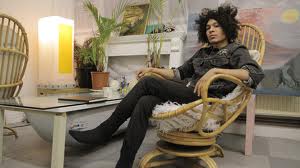 Yeppers. Here’s the guy the whole world hates. The one who broke our girl Adele’s heart (the second time!) And he looks like that! And his name’s . . .

Slinky Sunbeam has been outed by The New York Post as the guy who inspired the perfect “Rolling in the Deep” and other songs on Adele’s Grammy winning 21 album. Actually, he was outed the first time in The Sun in 2008, and a commenter below claims that it was a lie then, and is a lie now. An Adele Tweeter also alerted us to an Adele blog entry from 2008.

People Keep Saying
i am/was/ seeing slinky sunbeam! im not and never have done. whoever this “source” is, theyre talking out their arse. he aint my type!thanks for your kind messages to comfort me being dumped by slinky…

ABC’s Good Morning America is also running with the “Slinky Sunbeam is the guy who inspire 21” and Adele’s camp hasn’t yet shot down the rumors for a second time.

Adele’s first real love reportedly broke her heart and inspired her first album 19, but she allgedly met the Slinkster after she become famous. They connected through the art scene in South London, and he also makes music, but his sounds are little less heavenly than his ex-girl Adele’s:

Oh, and here’s Slinky “going mental” at a festival in Reading:

Here’s what the NY Post‘s source says about the situation:

“Adele likes to keep part of her life back for herself, but it’s an open secret that Slinky was the guy who inspired ‘21,'” a friend of the singer tells The Post. “He’s a seriously good-looking guy. He has a great body and likes to wear vests to show it off. And he has this crazy hair which reminds me of Jimi Hendrix — it’s really wild and untamed.

“It’s easy to see what attracted Adele to him,” the friend adds. “He’s a really popular guy, the life and soul of the party, and he’s a musician as well. But while Adele has the knack for writing songs which the whole world can tap into, Slinky’s material is more underground and kind of art-school trendy.”

Never trust a man who uses his vests to show off.

Slinky supposedly left Adele for Burberry model Morwenna Lytton Cobbold, a source told the New York Post. Their source even goes on to say there are doubts if Adele and Slinky ever seriously dated (but in all honesty, whether a relationship is “official” or not, it can still deeply break your heart. If they never seriously dated, then it could stil be true that he is the one who broke her heart. Either way, this whole thing, and the outing back in 2008, sounds like a PR move by Slinky. I mean, look at this!)

In the latest issues of Vogue, Adele said she now feels whoever broke her heart (she didn’t name him, but called him her ex) deserved “a little credit” for the success of 21. The ex who inspired 19 still isn’t known, but the rumor is he demanded credit from Adele for that record, and even wanted royalties.

Adele has since moved on to guy (nick)-named “Swampy,” (from Slinky to Swampy) but he seems like a sweetie. He’s also successful: he used to be an investment banker, and is now the CEO of a water charity. He’s also divorced and has a five-year-old daughter. All reports so far on his front is that he’s a good guy who treats her well. Let’s hope so, Adele’s been through enough heartbreak! 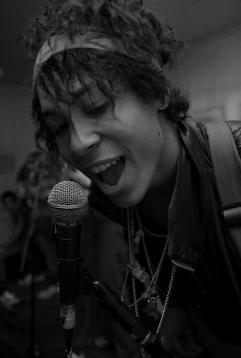