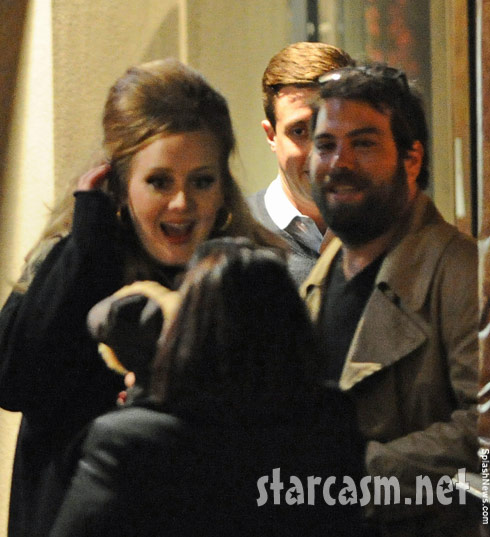 According to reports in The Mirror and The Daily Mail, Adele gave birth Friday evening to her baby with boyfriend Simon Konecki.

She reportedly gave birth to a healthy baby boy.

A source told The Mirror:

“Adele and Simon are ecstatic at their new arrival.

“She was over the moon that they were expecting their first child together.”

Even so her rep refused to comment about the baby’s birth. Adele announced her pregnancy herself on her website, so she’ll probably share about her new baby that way. And the “Skyfall” singer will most probably not use the phrase “over the moon.”

Chelsea Houska baby bump photos! Plans to do gender reveal in ‘a month or so’