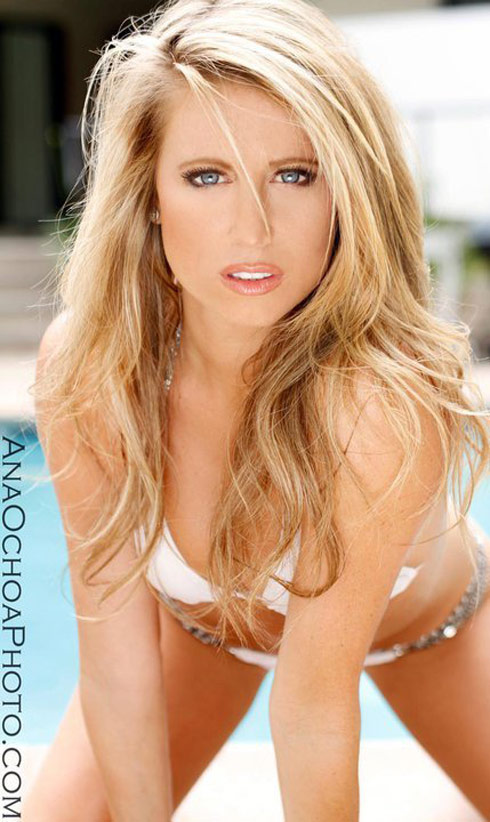 It’s been easy for those of us watching The Bachelor at home to see the dark side of contestant Courtney Robertson, the brunette model who has essentially stripped her way to the heart (and other body parts) of Ben Flajnik this season. But what was it like for the other ladies in the house? Was it really as bad as it looks on television? Judging from ousted bachelorette Samantha Levey‘s commentary on the recent episodes, the answer is a resounding “hell yes!”

The 2011 Miss Pacific Palisades began offering up her two cents on Facebook on January 31 and has since put in a treasure chest full of derogatory comments directed at “model” Courtney Robertson as well as The Bachelor himself, Ben Flajnik! Here are all of Samantha’s “Oh snap!” moments to date…

January 31 – Courtney robertson is like 3 points on a scale more of a ‘model’ than I am. Her face is average. Her hair is fake, her face is frozen. Her height for a model is average and her personality is below average. She is not and will never be a supermodel. She does PRINT modeling w her sidekick and bff photoshop. So DO NOT phrase ur questions as “I wonder if Ben has ever been skinny dipping w a model” bc not only has Ben not been skinny-dipping w anyone…. U r SCRAPING the model surface.

February 6 – And Courtney is still a whore.

And the rest are from last night’s episode:

ben stop saying u were thinking. u don’t have that capacity.

Courtney saying kill shot is actually worse than her ‘winning’ comments. who says sh!t like that? Not only are u a sneaky frozen faced whore, ur also not funny and or clever.

last week (or whatever boring episode it was) toolbag, i mean Ben, said he dates girls who he likes more than they like him. Good job seeing a future with Courtney. Clearly thinking straight now. #jackass

on the group dates i noticed you… because u were NAKED

Whoah! I’m guessing Samantha Levey hasn’t taken home too many Miss Congeniality titles in her pageant career! I’m getting a Melrose Place Amanda Woodward vibe here – and that is a gooooooooooooooood vibe!

Let me take this moment to officially invite Miss Samantha Levey to do a weekly recap of that week’s episode of The Bachelor! Just drop us a line at starcasmtips (at) yahoo.com and we’ll work out the details 🙂 (Seriously)

In case you missed it, be sure to check out our profile of Samantha Levey from before the season began. (Her family is real interesting, and there’s more intimidatingly superfine photos too!)

The Bachelorette 7 spoilers: Who does Ashley choose? Who wins? Is Ashley Hebert engaged?

Meet all 25 women from The Bachelor 16 with Ben Flajnik