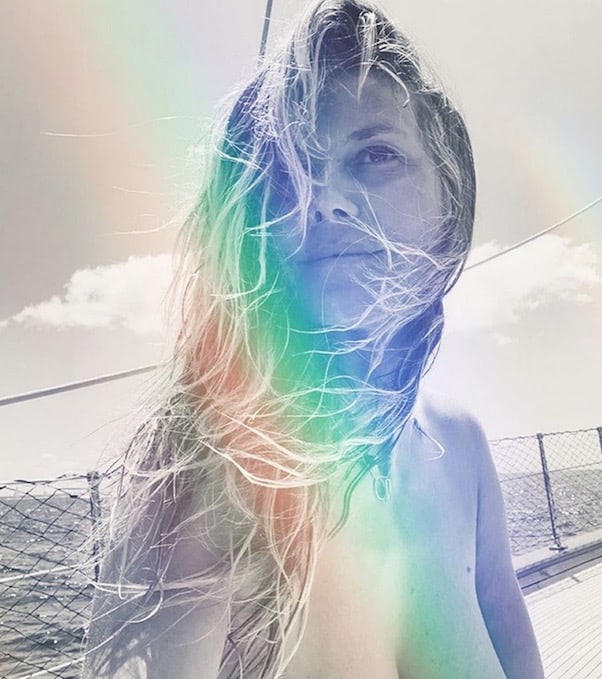 THE BLEMISH – From pretty much out of nowhere, we got a Heidi Klum topless photo from the woman herself live from her extended honeymoon with brand-new husband Tom Kaulitz. The topless pic depicts Heidi bathing in a rainbow filter and showing a surprising amount of nipple for Instagram

JEZEBEL – The increasingly popular #Boymom hashtag appears to be sort of a surprise gateway drug for “Boys will be boys” acceptance — either that, or an unwitting cry for help from mothers who’ve given up on trying to teach their sons cleanliness

CELEBITCHY – Jay-Z got a pretty good return for selling Colin Kaepernick out: he’s about to become the co-owner of an NFL team, and his company Roc Nation is going to have an indefinite hand in arranging the Super Bowl halftime show

REALITY TEA – “Gizelle Bryant and Karen Huger are at odds again. This is a feud that will NEVER end, and I don’t know that I want it to. It’s kind of fun seeing which one will be messier or shadier each episode”

GO FUG YOURSELF – Kirsten Dunst is returning to television with a new Showtime series called On Becoming a God in Central Florida, and apparently it’s terrific and she is terrific in it

THE BLAST – Yeah, but to be fair, Finns never need an excuse to chant “F*ck Sweden”

DLISTED – This is hardly a hot take, but Cats *is* way better as a horror movie