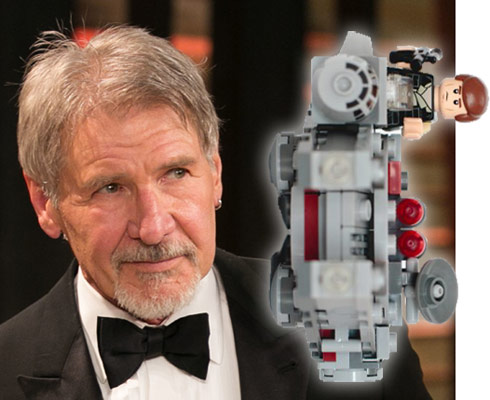 I bet Chewbacca loved this one…

Han Solo has always had a love/hate relationship with the bucket of bolts known as the Millennium Falcon. Perhaps he yelled at the ship that got him out of plenty of tight spots too often as the spacecraft got the last laugh recently when actor Harrison Ford got injured by its door.

The 71-year-old, who is returning as the legendary space smuggler for Star Wars: Episode VII, hurt his ankle while filming. Studio Disney told THR:

“Harrison Ford sustained an ankle injury during filming today on the set of Star Wars: Episode VII. He was taken to a local hospital and is receiving care. Shooting will continue as planned while he recuperates.”

The story for the highly anticipated follow-up will be set 30 years after the events of 1983’s Return of the Jedi.

May the force be with Ford as he recoups.