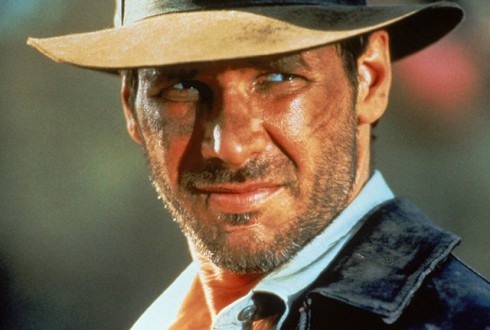 In case you couldn’t quite make out the audio here’s the full text of the clip:

Props to joblo.com for posting and sharing this important piece of cinematic history. According to their source this was a practical joke set up by director Steven Spielberg. The sequence had been long rumored but it was believed that footage did not exist. The man who’s giving Ford hell about his acting is Irvin Kershner who directed The Empire Strikes Back.