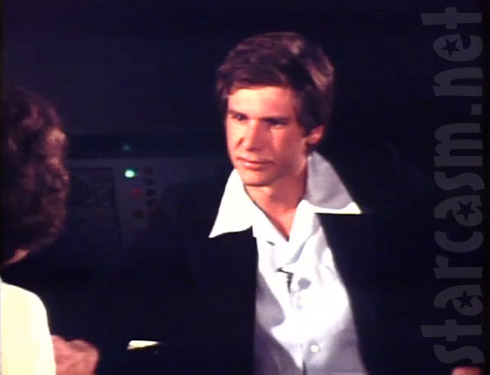 Earlier today I ran across this amazing video interview of Harrison Ford from 1977, just as the Star Wars phenomenon was taking off. Han Solo talks with KXAS-TV (NBC5) reporter Bobbie Wygant about the amazing special effects in the film and his relative ignorance about the sci-fi genre while sporting a white button-up shirt with HUGE X-Wing collars!

Have you ever seen a more mellow interview?!? In spite of the Olympic sedation of Ford, some of his answers are sure to ruffle a few feathers of Star Wars fans, even if it is more than 30 years later! Here is an excerpt of part of the Q&A in which Harrison is asked about his experience with science fiction and why the film seems to have universal appeal:

Harrison Ford: No, I never have. As a matter of fact I don’t think I’ve ever seen one of those, uh, one of those Buck Rogers or Flash Gordon series.

BW: Well now we have something in common here Harrison because –

HF: Because you haven’t either?

BW: No, I never read that stuff when I was a kid.

HF: Neither did I.

BW: It never interested me as a matter of fact.

HF: Well George did. George – But this is George’s movie and George was able to write something which was accessible to my intelligence so that I could come up with something that I had never seen before.

BW: Well that’s what is interesting to me is the fact that people like you and me, and others that I’ve talked with, say, “Well I don’t like sci-fi. I don’t like that sort of thing.”

HF: Well, it’s a fantasy. It’s not science fiction so much as it is space fantasy. And it’s about people, It’s about – it’s finally about people and not finally about science. So the energy of the movie goes toward exploring these human relationships and I think that’s what makes it so accessible to people. 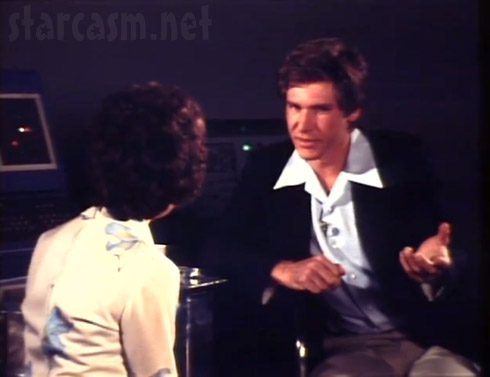 The interview first resurfaced as part of a Spike TV Star Wars marathon over the weekend and made it’s way onto the internet via The Daily What.