Yesterday, ESPN journalist Jorge Ramos started a bit of a wildfire when he sent out the following since-deleted Tweet:

What it says is “FIFA told US Soccer to be ready with its Organizing Committee for 2022. Qatar will not have the World Cup.”

Of course, FIFA has denied any such thing. But the comment–from a respected writer nonetheless known for throwing out rumors–is the latest bump in the road for Qatar, whose hosting duties for a Cup still eight years away have already been scrutinized for the past four.

On December 2, 2010, Qatar was selected as the host of the 2022 World Cup. The decision was something of a controversial one, as Qatar is a small country, with a rather small population (1.8 million people), but without the extensive infrastructure necessary to house hundreds of thousands of visitors or shuttle them from match to match. Also because summer, in the Middle East, is not the best time to be outdoors. 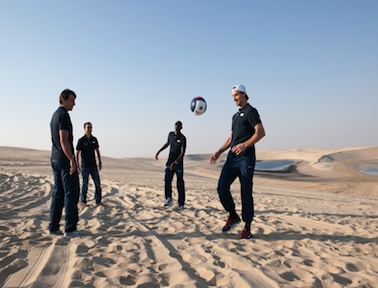 Still, FIFA wants to broaden the international appeal of its already globally popular sport. The Middle East has never hosted a World Cup; Qatar has a lot of money and big dreams about air conditioning. So, the country’s bid was successful, and all the other nations in the running went home disappointed.

Since then, FIFA has expressed a fair amount of regret over its decision. Its president, Sepp Blatter (who, it is only right to point out, is not the sharpest pickaxe on the chain gang), has gone so far as to say that the Qatar decision was a “mistake,” and that, though there has been talk of moving the 2022 Cup to October, such a decision seems unlikely, as every major national soccer league is already playing in the autumn.

And overlooking all the climate and human rights questions is the actually nefarious possibility that Qatar simply bought the rights to host, “colluding with Russian officials” who were successful in their own attempt to win the 2018 Cup. 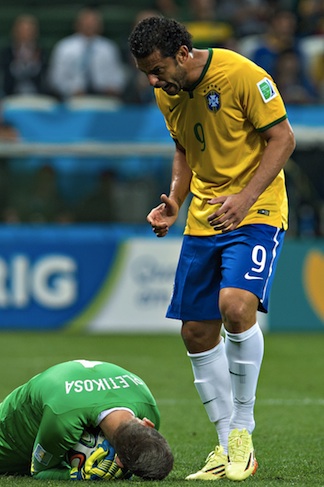 Speaking of colluding with officials.

Does this mean that, were Qatar to be stripped of its role as host, the US would simply step in and take over? Not quite. There would have to be another round of voting on FIFA’s part, and Australia, Japan, and South Korea were the other three bidders for the 2022 tournament. They–along with anyone else who could put together a proper bid on short notice–would all be welcome to submit.

Where the US has an advantage over most other countries, though, is in the infrastructure that Qatar so sorely lacks. Dozens of American football stadiums at the college and NFL level could be ready for international soccer on very little notice; similarly, there’s no shortage of MLS and college-level soccer programs with training facilities to offer teams.

This particular drama will continue to play out over months and possibly even years. While it does, enjoy the current drama of the actual, right-now World Cup.