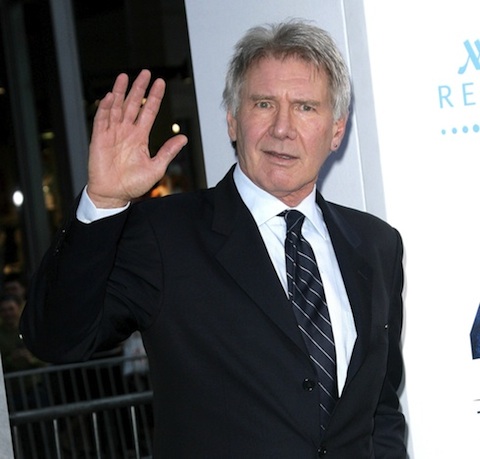 Harrison Ford is in “fair to moderate condition” in a Los Angeles hospital after surviving an emergency crash landing on a golf course Thursday. Ford was piloting a 1942 Ryan Aeronautical ST3KR when his engines failed about 20 minutes after takeoff. The actor is an experienced pilot, and Christian Fry of the Santa Monica Airport Associated called Ford’s maneuver “an absolutely beautifully executed — what we would call — a forced or emergency landing, by an unbelievably well-trained pilot.”

Flight instructor Charlie Thompson added that engine failure does not simply make the plane more difficult to maneuver: “It just means you have to go down.”

And Ford has drawn praise from many observers for avoiding the nearby suburbs and banking hard to crash on a secluded spot on the golf course. Said witness Eddie Aguglia, “He risked life and limb by putting it down on the golf course instead of trying to go further to try to get back to the airport….I’m sure there was a moment where he said, ‘I’m not going to risk lives, whatever happens, happens. It’s going to be just me.”

Speaking of witnesses: Instagram user sonneyhooper was golfing on the course where Ford crash landed, and managed to take a short video of the plane flying dangerously low, just above the course’s trees:

Harrison Ford just before the crash. Too bad. I was having a great game #harrisonford #taylormade #rsi #sldr #adidas #penmargolf #venice