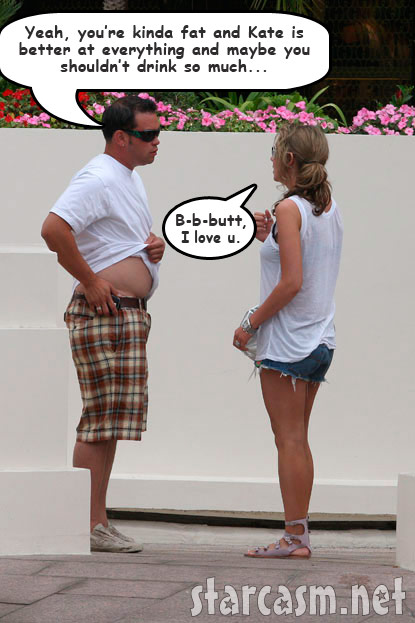 Hailey Glassman once again attempts to elicit sympathy from the public by dolling herself up for a television interview, this time with The Insider. Hailey has been in the headlines since her relationship with Jon and Kate Plus 8‘s Jon Gosselin became public back in July. Most of the media (yours truly included) assumed the partying 22-year-old daughter of Kate Gosselin’s plastic surgeon was just a fame monger cashing in a young female body for 15 minutes of the spotlight (which have since been extended to well over 5200 minutes). But, Hailey young Hailey thinks the court of public opinion hasn’t given her a fair trial:

“I feel I am finally going to get my chance to speak. I have nothing to
hide. I hope that people see me as a human being and don’t judge me
from the media,” Glassman says. “I can’t be the dishrag anymore. I
want to continue my life. I want my name to be forgotten.”

So, in an attempt to have her name forgotten, Hailey is doing a media-blitzed interview on The Insider? Ah, but Hailey’s bad decisions aren’t limited to her bizarro attempts to vanish into pop culture oblivion, she’s also still with Jon Gosselin, who Hailey says has “mantrums” and emotionally abuses her:

“We’re at a point now where I don’t know why I love him. He gets frustrated and angry and I’m the one who gets the brunt,” Glassman confesses. “He’ll call me and take his anger out on me. He has ‘mantrums.’ I shouldn’t have to put up with being emotionally abused.”

It sounds like Jon has finally grown a brass vagina! He played the lazy quiet victim of Kate’s abuse for five seasons and now he gets to turn the tables on his own little female Jon Gosselin. Ten bucks says he has one of those Kate Gosselin wigs and role plays with Hailey! The eery roll-reversing descriptions continue:

“I cry and say why are you so mean to me? He takes it out on me. He talks over me so I can’t speak,” Glassman reveals. “Sometimes he has trouble with the truth and he will dance and dance around his lies. He’s like Jekyll and Hyde. But I still love him.”

Hmmmm…”He talks over me so I can’t speak.” Jon IS Kate!

Here’s a short preview video clip from the interview with an emotional and raspy-voiced Glassman:

But, Hailey stands by her man despite the abuse and getting “called a home wrecker and a fat wh*re” by strangers! (If it helps Hailey, I don’t think you’re fat.) Why would she stay in such a terrible situation? you guessed it. Lurve.

“I don’t want to leave him all alone. At the end of the day, I love him but I dislike him at times,” she confides. “When I love someone I would never hurt them.” Awwwww!

If you’re wanting to forget Hailey Glassman’s name, you can watch the complete interview on The Insider on Thursday October 29 and Friday October 30: 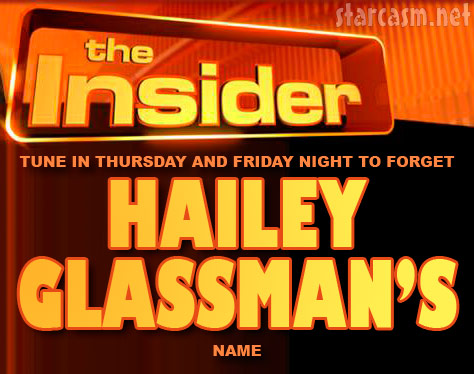