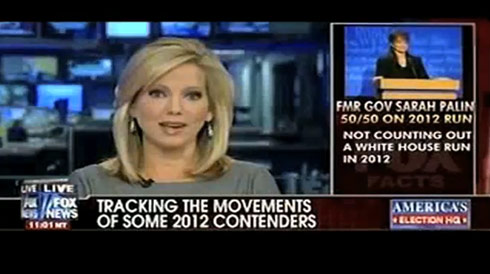 It seems that the production staff at Fox News must have a liberal mole on staff – or at least someone with a great sense of humor! In a story about the likelihood of Sarah Palin running for president in 2012 on their America’s Election Headquarters segment the network ran a photo of Tina Fey doing her impersonation of Palin from Saturday Night Live. (See screen capture above)

Here’s the actual video clip, which I’m sure would be a lot funnier on a big-screen television in high definition:

Here’s an official statement released by Fox News regarding the gaff:

This past Sunday during ‘America’s News Headquarters,’ a graphics error was made during a segment on former Alaska Governor Sarah Palin. The producer has since been disciplined and an explanation and apology will be made in the same hour next Sunday. Fox News regrets the error.

And because the video quality isn’t all that great I thought I would provide the photo of Tina Fey as Sarah Palin that they used: 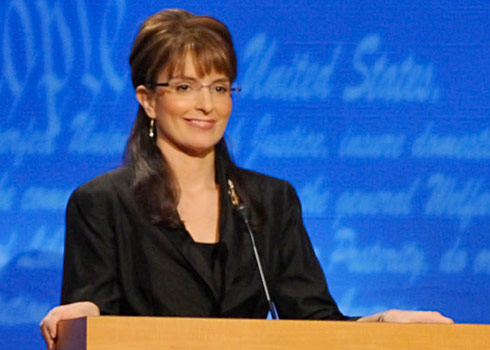 Thanks to the diligent work of numerous unpaid starcasm interns we have uncovered evidence that this isn’t the first time Fox News had made this kind of mistake! Check out this screen capture of a Greta Van Susteren report on George W. Bush from a few years back: 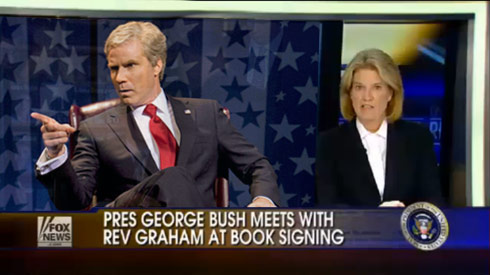