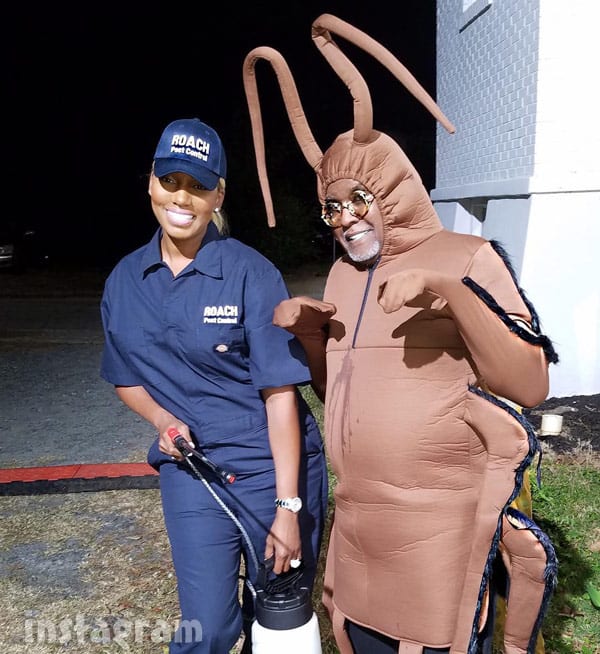 It has not been a good couple of months for The Real Housewives of Atlanta star NeNe Leakes as she continues to deal with the backlash after joking that she wished a female audience member would get raped, in addition to facing a potential lawsuit from her co-star Kim Zolciak Biermann after NeNe called Kim and her daughter Brielle (and the entire Biermann family) racists over the now infamous “roach video.” Ah, but NeNe wasn’t about to let all of that unfortunateness keep her from doing what she does best: elevating petty clap backs to an art form!

NeNe enlisted the help of her husband Gregg Leakes as the two of them dressed up for a Halloween costume party as a roach and an exterminator! NeNe shared a photo (above) of herself in a “Roach Pest Control” uniform complete with a large bug sprayer alongside Gregg in a damned hilarious full-body roach costume on Instagram and wrote: “Roach Pest Control in full effect????#RHOA ?”

She followed that up with a photo of just Gregg in his cockroach costume and a video of him putting it on:

This the REAL ke ke? Gregg trying to get in the costume???Chile I was on the floor kicking & screaming #RHOA

I gotta give mad props to NeNe! I really thought I was over her after all of her latest antics, including her tearful apology and reluctance to back down from calling the Biermann family racists, but these costumes reminded me why I was a fan of hers for so long! 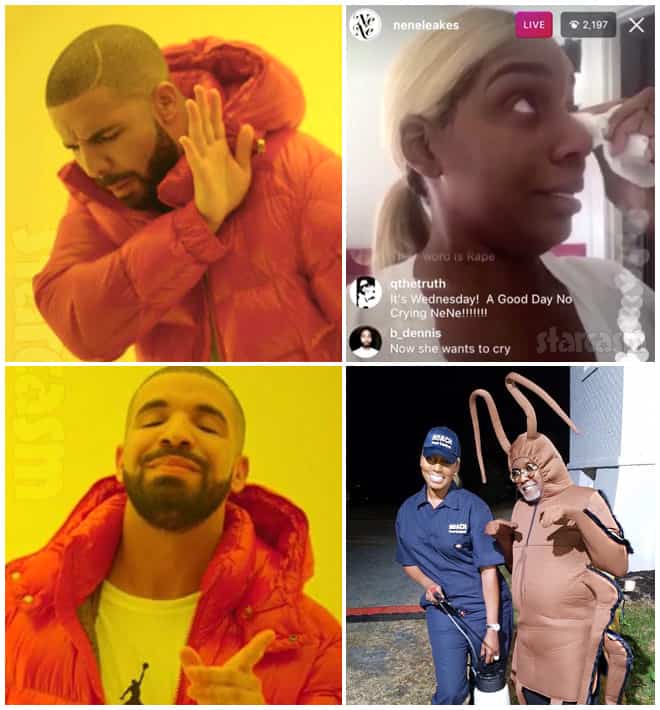 I think a commenter in The Shade Room said it best: “Lmao I aspire to reach this level of petty.”

Meanwhile, Kim and her husband Kroy Biermann didn’t touch on all the latest drama with their costumes. Kim dressed as a Playboy bunny while Kroy went as the late Hugh Hefner:

So fun! ?? In honor of an icon @hughhefner my gorgeous hubby @kroybiermann is channeling you tonight ?? and Im channeling one of my fav Playmates of all time @tiffallon ? THANK YOU @vintageinspiredbyjackie for making this perfect "Playboy Bunny" costume It's a Dream! First time Kroy and I have EVER dressed up so fun #RHOAFinale #Pray4Me ?

And the latest round goes to… NeNe. #BLOOP