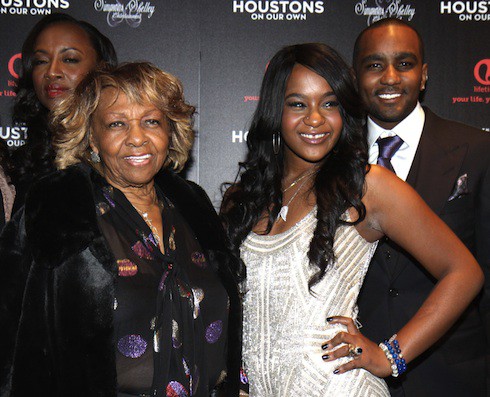 Cissy Houston, who has given most of the Houston family’s public statements on Bobbi Kristina Brown, said in an interview this weekend that there has been no change in Bobbi Kristina’s health. Houston also said that her side of the family doesn’t expect any change.

Speaking to Entertainment Weekly, Cissy acknowledged the overall helplessness of the situation. “She’s not gone yet,” Houston said, “but you know, whatever the Lord decides, I’m ready for her. I have nothing to do with that. That’s His job. It’s His territory, you know? And I understand it.”

When asked specifically how Bobbi Kristina is doing, Houston said “[She’s] the same. She’s not progressing at all.”

While no family member has discussed Bobbi’s ultimate fate, several legal experts have pointed out that it could get quite tricky. That’s because, last week, an Atlanta judge named Bobby Brown and Cissy Houston co-guardians of Bobbi Kristina. Neither family has control of Kristina’s inheritance from Whitney Houston–that control was given to an independent third party in the form of a Georgia attorney with no involvement in the case.

But it does mean that Brown and Houston must agree on any medical decision involving Bobbi Kristina before that decision can be carried out. If her condition begins to deteriorate, and the two parties can’t agree on what to do, legally, the responsibility falls to the judge who assigned guardianship.

However, because Bobbi Kristina has no will, her inheritance will revert to Cissy and Pat Houston if she dies. Cynics have stated that this is the main reason why Bobby insists he’ll do anything to keep his daughter alive, while Cissy and the rest of the Houston family appear ready to let her go.

Lil Wayne released from the hospital