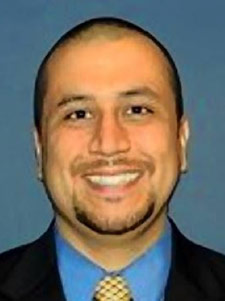 In what has become one of the most polarizing and publicized cases in recent memory, the shooting of Trayvon Martin at the hands of George Zimmerman has already had a seemingly endless amount of twists and turns.

There’s been outrage and protests at what many view as vigilante justice and racial profiling, then there was a backlash against all the condemnation of Zimmerman including a disturbingly brutal screw up by NBC in which audio was edited in a way that fueled accusations that Zimmerman’s motives were at least in part racially motivated.

The death of Martin and the case against Zimmerman is now one that is playing out in the court of public opinion and it will assuredly be a long period of time before there is a resolution. In that light, Zimmerman has taken a surprising step by launching a website seeking donations to assist with his, “living expenses. and his legal defense.

UPDATE: In a turn much more shocking than the launching of his website, Zimmerman’s lawyers have withdrawn from the case because their client hasn’t been in contact with them. At a press conference one of his attorneys said:

“We’re not taking the position that we’re leaving him. Communication can’t be one way. … I can’t hold myself out as the attorney of record at this point. It wouldn’t be ethical for me. … That’s why I’m stepping back.”

The site’s url is http://www.therealgeorgezimmerman.com/ and it features a direct plea from Zimmerman for assistance with an American flag graphic draped in the background. Here is George’s direct statement:

I am the real George Zimmerman,

On Sunday February 26th, I was involved in a life altering event which led me to become the subject of intense media coverage. As a result of the incident and subsequent media coverage, I have been forced to leave my home, my school, my employer, my family and ultimately, my entire life. This website’s sole purpose is to ensure my supporters they are receiving my full attention without any intermediaries.

It has come to my attention that some persons and/or entities have been collecting funds, thinly veiled as my “Defense Fund” or “Legal Fund”. I cannot attest to the validity of these other websites as I have not received any funds collected, intended to support my family and I through this trying, tragic time.

I have created a Paypal account solely linked on this website as I would like to provide an avenue to thank my supporters personally and ensure that any funds provided are used only for living expenses and legal defense, in lieu of my forced inability to maintain employment. I will also personally, maintain accountability of all funds received. I reassure you, every donation is appreciated.

He has tagged this statement with a quote from Edmund Burke, “The only thing necessary for the triumph of evil, is that good men do nothing.”