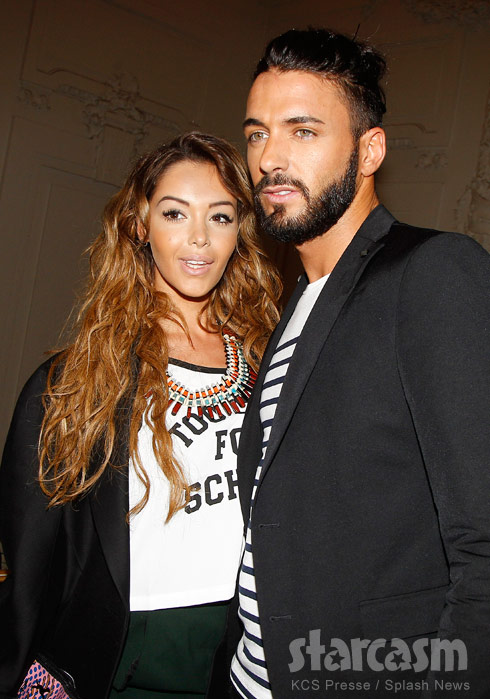 Apparently American reality shows have nothing on French reality shows as far as drama goes! Nabilla Benattia, who has been nicknamed the “French Kim Kardashian” due to her likeness to Kim and her reality show claim to fame, was arrested last Friday and charged with the stabbing and attempted murder of her boyfriend, and reality show beau, Thomas Vergara!

The incident took place in the wee hours of the morning at Nabilla’s apartment outside Paris. After receiving a distressed call from the residence, firemen arrived on the scene and found Thomas Vergara with several stab wounds in his chest. He was rushed to a hospital and treated. 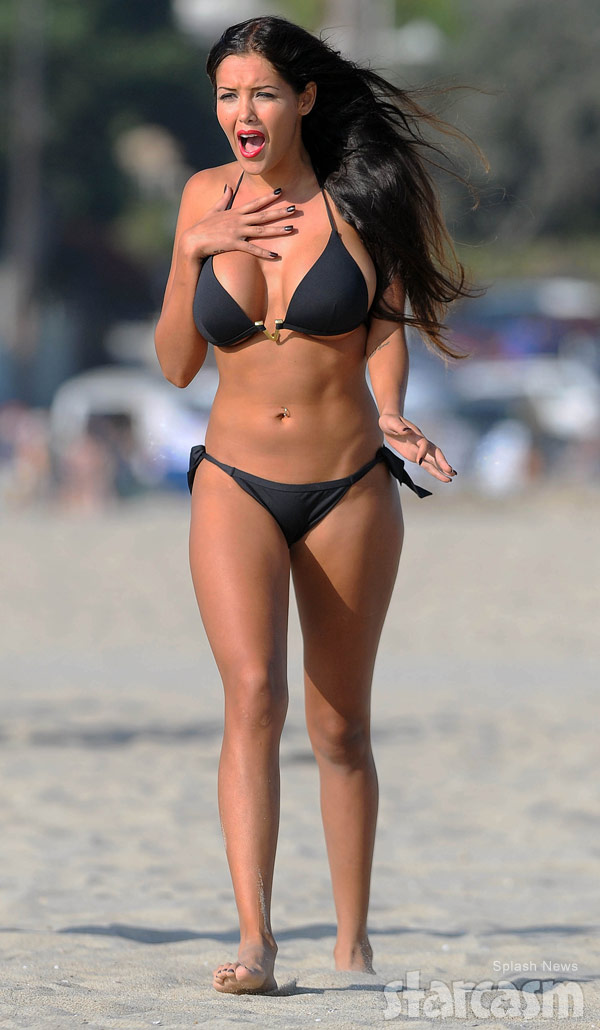 Nabilla apparently tried to do a bit of unscripted, on-the-fly explaining to police, but has since changed her story twice after evidence continued to dispute her initial claims. From People:

Benattia, 22, first claimed that Vergara’s wounds were a result of an attempted burglary – she told police that three people had tried to break into their apartment and that she had tried to stop them. But once surveillance footage disproved her version of the events, Benattia amended her story, telling police that Vergara “had taken cocaine and accidentally stabbed himself during a violent dispute with her,” reports the Agence France-Presse.

Nabilla’s fingerprints were later found on the knife used in the stabbing and she was charged with second-degree murder. She then changed her story yet again, and is now saying she acted in self defense after Thomas hit her several times while high, according to MYTF1 News.

Making matters worse is a previous incident back in August when Thomas was treated for a knife wound in his back. French tabloid Closer spoke with hospital staff who told them Thomas claimed he had “fallen on a kitchen knife.” (Apparently in France, people literally stab each other in the back!)

Nabilla seemingly foreshadowed the event in June of last year when she told the Swiss newspaper Le Matin of her sometimes volatile relationship with Thomas, “When we fight, it’s explosive,” she said. “Me, I throw vases. There have been breakages in hotel rooms. But if he was violent with me, I would already have left to save myself.”

Thomas has yet to press charges. 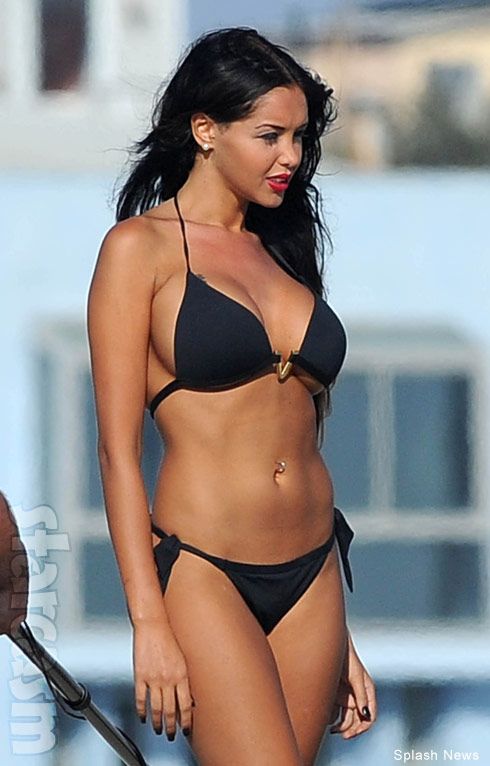 Nabilla became famous starring on the French reality series Les Anges de la téléréalité (The Angels of Reality TV). The show featured a cast of French women with dreams of success and fame living together in Florida. Unlike her cast mates, which were aspiring singers, actresses, models, etc., Nabilla’s dream was to become an “It Girl” like Kim Kardashian. Kim even paid her French doppelganger a visit in Florida for Nabilla’s birthday!

Nabilla’s dream came true, at least in France, after a scene in which she berated a castmate for not having shampoo went viral. Her phrase “Non, mais allô quoi!” became a popular meme and was even spoofed in an IKEA ad campaign. Nabilla became an overnight sensation with a series of magazine covers and TV interviews.

As a result, Nabilla landed her very own spin-off reality show titled Allô Nabilla, which focused on her relationship with Thomas and ended its first season with his proposal.

Fans may be waiting a while for Season 2.

Kim Kardashian before and after 90-minute contouring makeup routine