Who is Frank Underwood based on?

The premiere of House of Cards‘ new season is just a touch under two weeks away, and anticipation is way past fever pitch. That’s because earlier this week Netflix accidentally made the entire third season available for about an hour, and screencaps, spoilers, and descriptions for the first ten episodes are all out there across the world wide internet.

While we wait for the proper release (and subsequent binge watching), here’s a House of Cards-related question for everyone to ponder: Is Frank Underwood based on a real person, or on several real people? Whence does this nefarious wheeler and dealer come? 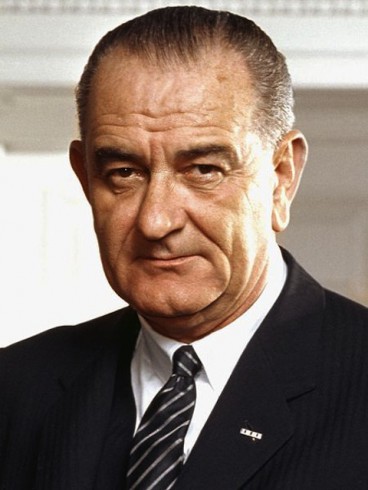 The first (and maybe most obvious) comparison is between Underwood and 36th President of the United States Lyndon Baines Johnson. Both are Southerners; both are relentlessly pragmatic; and both rose to the Presidency among a cloud of shady circumstances. That pragmatism is the trait both share most strongly: LBJ was famous, particularly during his time in Congress, for switching his allegiances as the situation demanded. While working to pass the 1957 Civil Rights Act, for example, Johnson led the liberal wing of the Senate to believe he was an atypical liberal Southerner, hungrier for reform than anyone else; at the same time, he assured the Senate’s block of old-school racist Southern Democratic senators that he wanted no such thing, and that the Act was merely a piece of token legislation with no real meaning.

Johnson’s shady doins have influenced the House of Cards writing staff, too: Some of the parliamentary tactics Frank Underwood uses to get a quorum in the Senate early in Season Two are straight out of Johnson’s playbook. Biographer Robert Caro’s masterful four-volume work, The Years of Lyndon Johnson, chronicles every corner of Johnson’s life–if you look closely, you can see the fourth volume, The Passage of Power, among the volumes stacked up behind Frank’s desk in the Capitol. 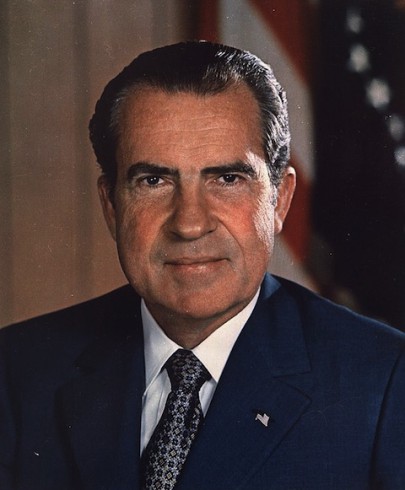 Another obvious (and shady! It’s the word of the day) comparison is between Underwood and Richard Nixon, Johnson’s successor as President. Often viewed as the epitome of American political greed and arrogance, Nixon had an ambitious and largely successful agenda, but was torpedoed, legacy-wise, by the fallout from the Watergate scandal. One of the cockiest and best-known details of Nixon’s presidency was that he had an Enemies List: an actual pen-to-paper list of people he disliked for political or personal reasons, and whom he wanted punished. Sometimes this came in the form of regular IRS audits; in other cases, opponents were bullied by the FBI. No one has ever (seriously) accused Nixon of murder, though, or of anything like what Doug Stamper does for Frank Underwood on the regular. So it’s safe to say that, while Nixon could be a ruthless, blood-minded prick, the House of Cards writers have taken significant liberties with their own F.U. 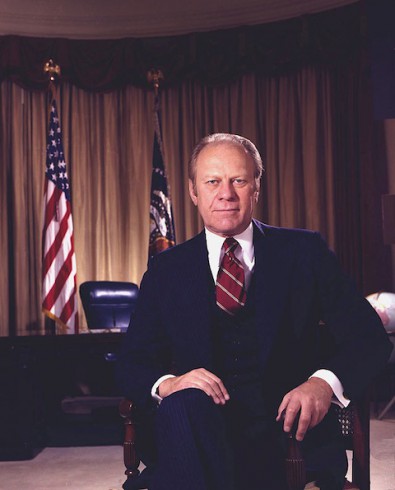 And, of course, Frank draws a minor but important comparison with Nixon’s successor, Vice President and former House Minority Leader Gerald Ford. “But,” you say, “Ford was super-bland, and largely ineffective as President, plus he only served about two-and-a-half years; how is he anything like Frank Underwood?” It’s simple: Ford was the first person–and remains the only one–to ever ascend to the Presidency without being elected to any Executive office.

Ford was a Representative from Western Michigan known for his unshakeable fairness and honesty when Nixon selected him to replace Spiro Agnew as Vice President. (Agnew resigned the Vice Presidency in 1973, following indictment on charges of accepting bribes and avoiding tax payments.) Then, when Nixon resigned the Presidency the following year, Ford ascended to the nation’s highest office. So Gerald Ford is basically a kinder, gentler version of the manipulative and shrewd Frank, who nabs himself the Vice Presidency after maneuvering the current VP out of office and back into the Pennsylvania governorship; then orchestrates an absurd (but really fun) plan to destroy the current President’s public standing so that man will resign, and leave Frank the Executive branch all to his lonesome.

It’s kind of exhausting when you put it all into a sentence like that, right? Its breathlessness, though, is one of the things that makes House of Cards such a delight to watch. It’s inherently unrealistic, but it’s also sugar-coated wish-fulfillment. We really want a President who can pull off all of these gymnastic political maneuvers and “get things done,” so we squeal when Frank Underwood, a personality who has at least three Presidents rolled into him, struts onto the scene.

Thirteen days until House of Cards drops for real. Do you think Frank can keep his murder streak alive while under the hot lights of the Presidency?

(Photo credits: Who is Frank Underwood based on via Public domain)

House of Cards: When You’re Watching Netflix, Netflix is Watching You