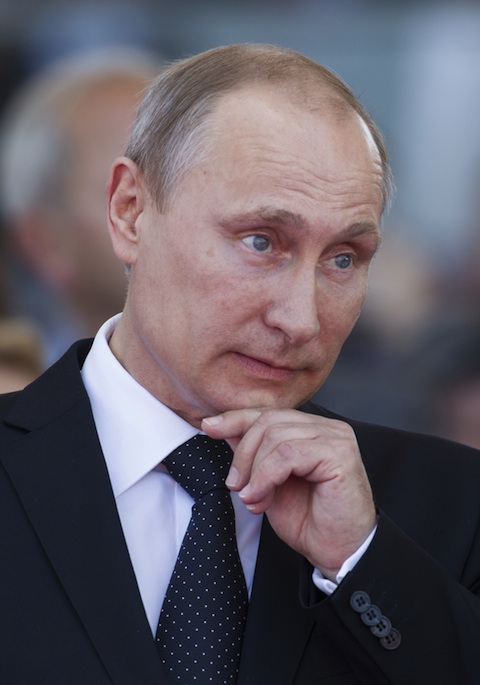 Russian President Vladimir Putin, who goes by “Poots” only around his oldest and most-trusted friends, has pootsed the bed once again. While in the middle of his annual marathon news conference (sort of like a Big Block of Cheese Day for Russian and international media) V-Put called on a Turkish journalist when a Russian one, from Kirov, stood up instead. He asked P-Dogg why kvas, Russia’s traditional kick-back-and-relax beverage of choice, is having such a hard time competing for shelf space with Western soft drinks.

Kvas, in case you didn’t know, is made from fermented bread, and is lightly alcoholic.

The journalist, whose name is Vladimir Mamatov, while asking his question, slurred his words somewhat.

Putin’s response? “I feel you’ve already thrown back some kvas.”

Mamatov explained that he wanted to bring some kvas for P-Money to taste, but that the President doesn’t have a taster. (Because he’s only technically a king.) When Mamatov explained that Kirov’s kvas is renowned, Putin took another shot at the journalist, saying “Yes, I see this,” to general laughter from the assemblage.

The only wrench in the works is that Mamatov recently suffered a mild stroke, which was the reason he was slurring his words somewhat.

MUG SHOT Florida man, arrested for so very many offenses, gives “Drug dealer” as his occupation

Indian man fired after taking 24 years off from work