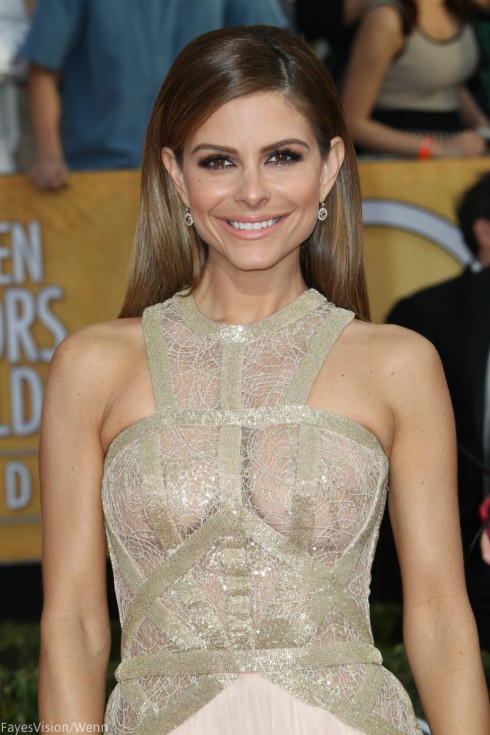 Starcasm-favorite Maria Menounos revealed her healthy childhood eating habits went out the window when she began working at a doughnut shop in high school. Her junk food addiction grew during college, when she gained the Freshman 15 — plus 25 more pounds.

“In my freshman year of high school I was a size 3, and I grew a size every day,” the stunning Extra host told Ladies’ Home Journal this month. “Things got worse in college. I didn’t gain the Freshman 15, I gained the Freshman 40… I grew to a size 14 and kept growing.”

Maria explained refined sugar and saturated fat left her feeling “sick and lethargic” by her early 20s, so she resolved eat healthier. 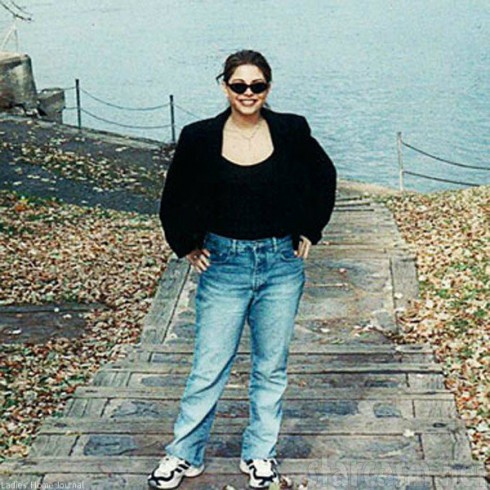 ^Maria Menounos in college, before she lost weight.

“Since I couldn’t find a plan that worked for me, I decided to create my own,” said Maria, who grew up eating a Mediterranean diet. “Within a year I lost 40 pounds.”

Around the same time, Maria landed her first big broadcast job at Channel One News in California. Although she continued to eat small portions, the hectic schedule drove her to rely on fast food options.

“There were consequences to eating so much junk. I was in and out of the hospital multiple times for exhaustion, malnutrition and dehydration. I realized my whole quest to have an amazing body needed to be seriously reevaluated,” she said. “Just because you’re thinner doesn’t mean you’re healthier. I made it my mission to figure out the very best ways to control my weight and be healthy.”

More than 10 years later, Maria’s still maintaining her fit figure with a custom diet — which she outlines in her upcoming book, The EveryGirl’s Guide to Diet & Fitness. 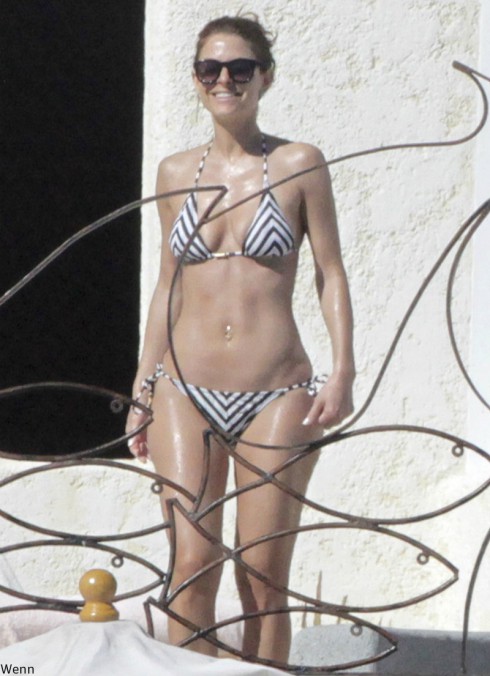 Speaking with Ladies’ Home Journal, she offered a preview of the tips in her book.

“I used to be able to eat seven slices of pizza in one sitting. I decided to make this one of the first things I cut back on. So instead of seven slices I would eat six. A week later I cut back to five slices,” Maria explained. “When I was finally down to three slices, I incorporated a healthy salad. By cutting back slowly, it was easier.”

For more of Maria’s tips, pick up her new book on June 3. Also catch the premiere of Chasing Maria Menounos on Oxygen at 10/9c on March 18.

Is Bethenny Frankel a weight loss expert too?