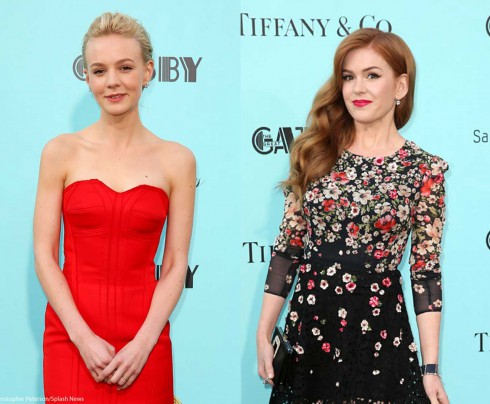 The New York premiere of the much anticipated The Great Gatsby film is finally here, and we’ve got photos of the two female stars of the film glamming up the red carpet.

Carey, who said she felt inspired by Kim Kardashian in her role as Daisy Buchanen, is wearing a Lanvin dress, Brian Atwood shoes, and Tiffany & Co. earrings and ring. She reportedly got a leg up on the much-desired role by kissing Leonardo DiCaprio during her audition.

Isla, who said she gained 10 pounds by eating cupcakes to play Myrtle Wilson, is wearing a Dolce & Gabbana dress and shoes, Fred Leighton jewelry, and a Roger Vivier bag with hair by Jen Atkin.

Which is your favorite look? 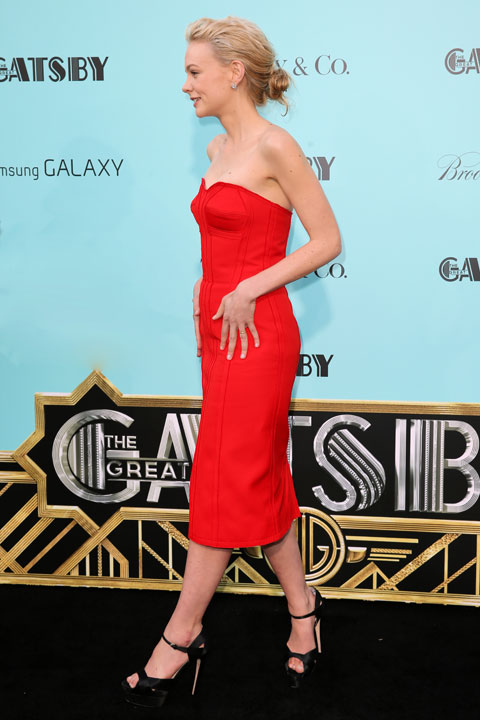 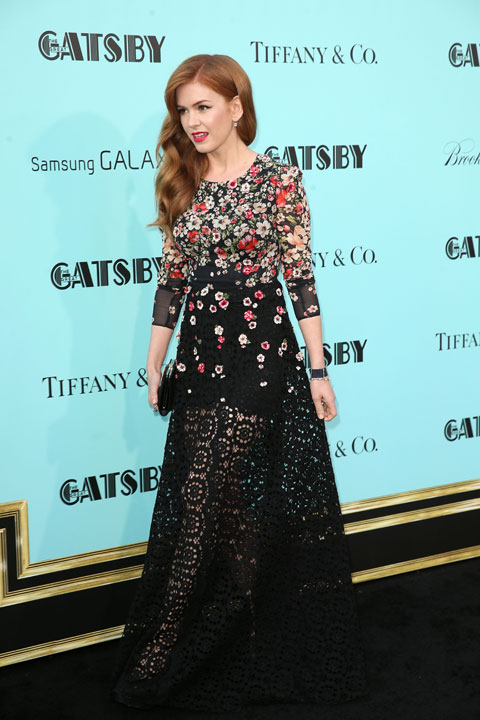 The Great Gatsby (also in 3-D) premieres in wide release May 10.

PHOTOS Lindsay Lohan is the new face of Jag Jeans