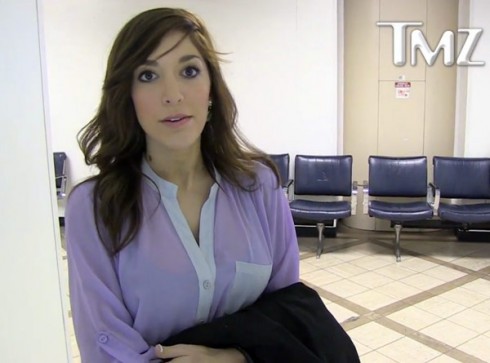 Farrah Abraham and her sex t@pe/p0rno co-star James Deen have been going back and forth for a while now. (Ha!) James says the film they made was all Farrah’s idea and that she planned to “leak” the professionally shot video as a sex t@pe. Farrah claims that the video was made for her personal use and not meant to be made public, and she flew out to Los Angeles with her parents this weekend “because someone is trying to be naughty and nasty” to her, which we assume is a reference to Deen.

A TMZ cameraman caught up with Farrah and her mom Debra Danielsen after they arrived at the airport and when he asks Farrah what she has to say about James Deen, she replies, “I don’t have good things to say about him, so I think it’s best not to talk about it.” However, she quickly has a change of heart.

TMZ’s cameraman then asked her why she picked James as her co-star instead of going with a more low-key dude, since she claims privacy was what she was going for. “I was told that it’s better for my sake and for my privacy to find the best and professional people,” she explains. “At the time, I thought he would be professional.” 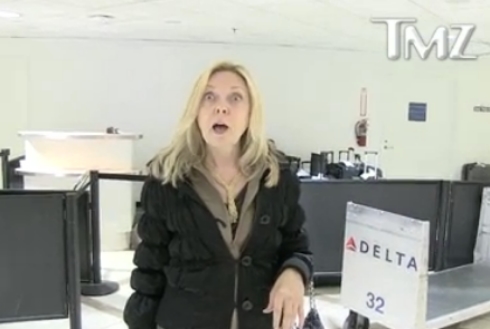 Then, the cameraman turned to Farrah’s mother Debra and asked her how she felt about James. “How would you feel?” she asked. “Someone is trying to exploit your daughter and ruin her reputation and ruin her life .. disgrace her whole family.”

“I personally hired people to do that so it’s like a wedding video,” Farrah explained. “You expect your wedding video to be good, not bad, so I think it’s great and nobody else needs to see it.”

As for what’s next for Farrah, she says, “I’m taking care of what I need to and for my privacy to like return to being private.”

In addition to Debra, Farrah’s dad Michael Abraham was also in California to support his daughter. Here’s a video of the three of them (plus an awe-inspiring necklace) having breakfast together: