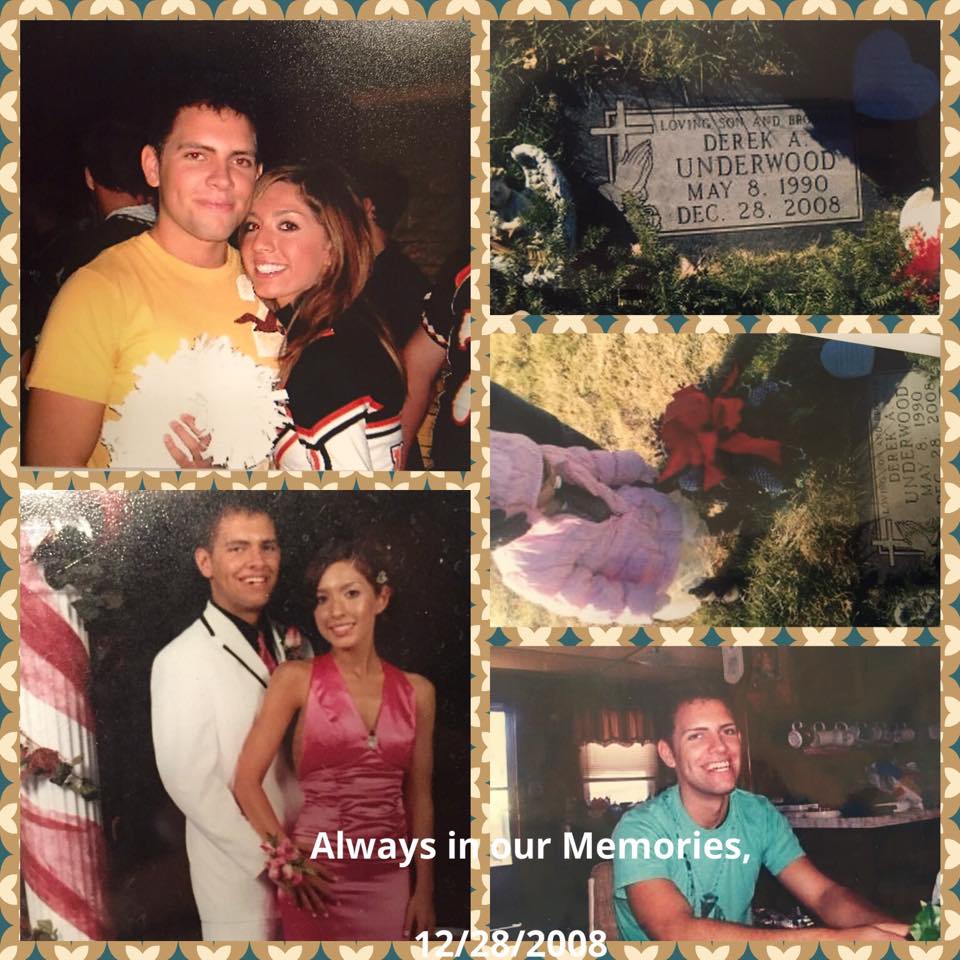 Late December is a bittersweet time for former Teen Mom star Farrah Abraham as Christmas Day is followed three days later by the anniversary of her ex, and Sophia’s dad, Derek Underwood’s tragic death in a car accident on December 28, 2008. Farrah tweeted the photo montage above featuring numerous images of her and Derek together as well as his grave site, and she wrote, “This year Sophia wanted to know everything we’ve done together curiously much love , strength, & peace always.” She concluded with heart and angel emoji.

It’s subconcsious it doesn’t matter where I am or how many years go by, the tragic happening impacted me for life and our daughters , I’m blessed I have the best part of us both that lives on & makes the world a better place . Like family and friends I have the best memories I could of asked for with anyone as well life changing,

& now I think of you today because my mind has counted down all year & I only choose to remember the day you were born because that was a true gift of God.

6 years later now I hear the best questions ever from our blessing, most would think the questions aren’t appropriate. ” Did daddy see you in your underwear”, ” Did daddy lay next to you” & “Did daddy kiss you” the questions go on and surprisingly throughout this year .

I’m blessed I can say “yes” to every question, and I’m blessed Sophia has so much strength and love in her heart as her eyes light up with all my answers and recounts of the years before she was born .

When she sees a photo of her dad and I & of only her dad she sees how much you too are alike and loves her daddy so much, I tell her how you would answer things, how you would laugh, and a lot of the similarities you and Sophia have its amazing like her grandpa.

She of course wishes her daddy was going on trips, taking her to school, was there for birthdays, was at home tucking her in,

Sometimes it’s hard to balance our future, with our past, are great loves, losses, and those we have never met & I’m blessed to have had everyone in my life.

There’s love all around the best Daddy Derek looks from up above down, watching over and protecting just like God to Sophia when one parent is not enough and I couldn’t be more thankful for.

I’m truly blessed, thankful, more and more everyday, our futures are bright and filled with the support and love God intended .

Previous to sharing her thoughts on Derek, Farrah posted numerous photos from her family Christmas with Sophia, mom Debra and dad Michael (you’ll have to click the link to see Michael):

Merry Christmas!! From Sophia & I pic.twitter.com/AEAFJpypuT