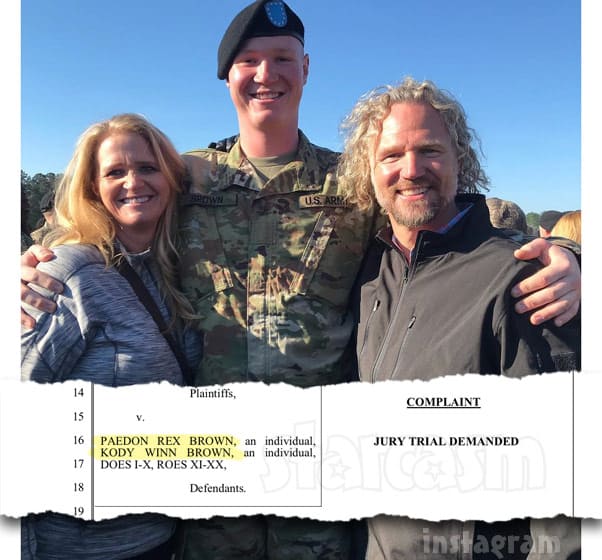 In a lawsuit filed in December of 2018, plaintiffs Stefannie Gonzalez and Mirella Flores are suing Kody and his son Paedon Brown for an amount “in excess of $15,000” due to injuries sustained when Paedon reportedly rear ended the ladies while driving a vehicle owned by Kody.

According to the court documents, Stefannie Gonzalez was driving in north Las Vegas with Mirella Flores as a passenger. Paedon was driving behind the two ladies when an emergency vehicle pulled out on the road ahead, causing traffic to stop.

Suddenly, an emergency vehicle pulled out into Cheyenne Avenue and traffic ahead subsequently came to a stop.

Plaintiff STEFANNIE ESMERALDA GONZALEZ applied her brakes and stopped for traffic ahead.

However, Defendant PAEDON REX BROWN did not stop for traffic ahead and caused a rear-end collision with Plaintiffs’ vehicle as a result.

The force of the initial collision then moved Plaintiffs’ vehicle forward, causing it to crash into the vehicle ahead of Plaintiffs.

Upon information and belief, Defendant KODY WINN BROWN was the owner of the vehicle driven by Defendant PAEDON REX BROWN.

As a direct and proximate result of this collision, Plaintiffs suffered bodily injury.

As a direct and proximate result of the collision, Plaintiffs have been limited in the recreational, household, and vocational activities they can perform, which, in turn, have caused them pain and suffering, lost wages, loss of earning capacity, physical impairment, mental anguish, and loss of enjoyment of life in a presently unascertainable amount.

In the Second Cause Of Action, the filing seems to misidentify either Kody or Paedon as “Kevin.” Perhaps this was just the attorney forgetting to swap out names? 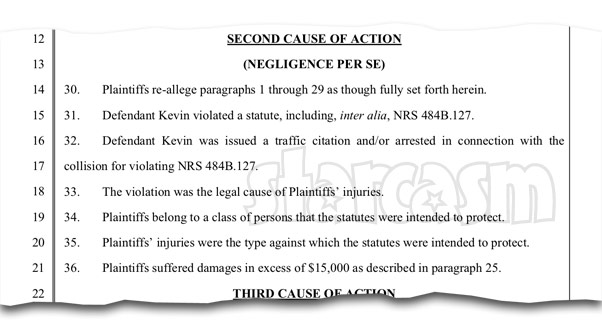 Attorneys for Kody and Paedon filed a response on February 25 in which they dispute Paedon’s and Kody’s responsibility for any damages. “The incident alleged in Plaintiffs’ Complaint, and the resulting damage, if any, to the Plaintiffs, was proximally caused or contributed to by the Plaintiffs’ own negligence, and such negligence was greater than the negligence, if any, of these Answering Defendants,” the filing reads.

“The damages, if any, incurred by the Plaintiffs are not attributable to any act, conduct or omission on the part of these Answering Defendants.”

Despite the argument from Kody and Paedon’s attorney that they are not responsible for any damages to the two women, the case appears to still be ongoing. There is an arbitration hearing scheduled for January 8 of next year.

Dealing with the lawsuit is just the latest financial headache for the polygamous patriarch and his family. After dropping $820,000 on their property in Arizona, Radar Online revealed in May that the Brown family was already piling up thousands of dollars in debt due to upaid taxes on the new property! It’s unknown if they have since paid up.

In a bit of positive news for the Browns, they have reportedly sold three of their four Las Vegas homes. Here is a timeline of their home sales:

Meanwhile, Paedon Brown continues to have success as a member of the US Army National Guard. He graduated from the Fort Jackson National Guard Boot Camp in South Carolina in April.