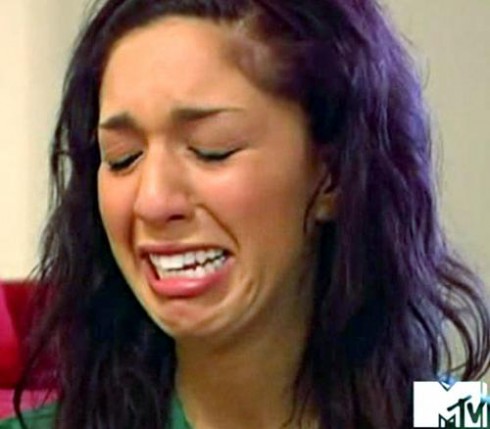 The epic saga of Farrah Abraham’s sex tape continues as she was caught buying an EPT pregnancy test from a grocery store. TMZ has the photos, and they made the joke that you can’t get pregnant from the backdoor, but we’ve seen clips of the tape and there was some frontdoor action too.

But in all seriousness please let that test be negative! TMZ has a source telling them that Farrah got scared when she missed her period and ran out to buy a pregnancy test right away. What’s interesting about all this is how dressed up Farrah looks for the occasion. PR stunt?

UPDATE: James Deen responded to Farrah’s pregnancy test photo, saying that he believes it’s a publicity stunt because she was on birth control when they filmed their scenes. He’s also appalled at Farrah’s choice to use a pregnancy scare as a stunt. He told Celebuzz:

This is a type of publicity I do not agree with and I do not want to participate in,” he added. “Joking or lying or using pregnancy to get attention and media is not cool. It involves three people’s lives including the potential unborn child. It is not a subject to just throw around.”

Farrah Abraham announces she is adopting a baby boy