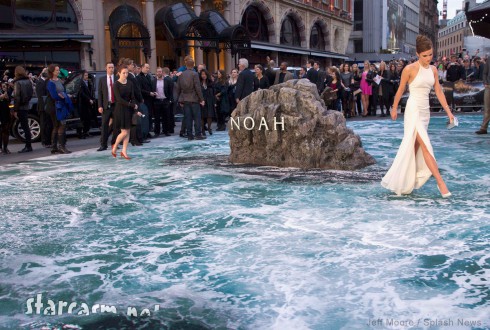 Tonight was the UK premiere of Darren Aronofsky’s epic biblical big screen adaptation Noah and the event featured a “flood carpet” for the stars to walk on that created the illusion of walking on a torrent of water. Thanks to Photoshop, I took the illusion one step further and got the stars’ feet wet, so to speak. 🙂 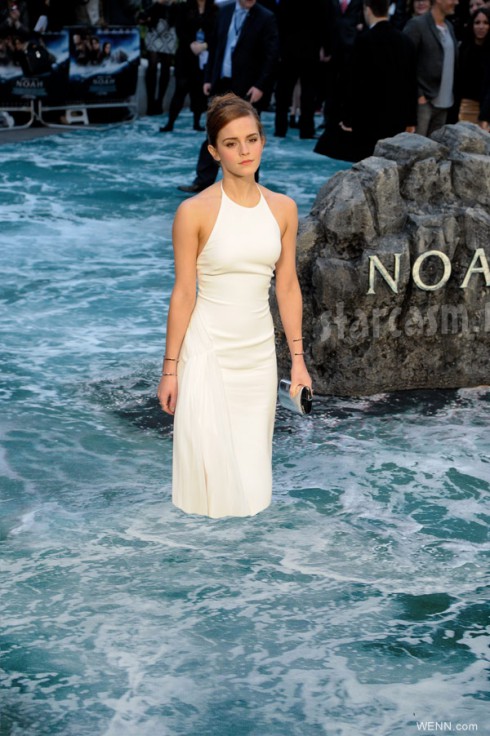 Emma Watson was stunning in her white Ralph Lauren gown — seen in both photos above. (Actually, her revealing slit has garnered more online headlines than the faux deluge underfoot!)

Noah himself, Russell Crowe, was the epitome of damper dapper in his rather casual looking tieless dark suit: 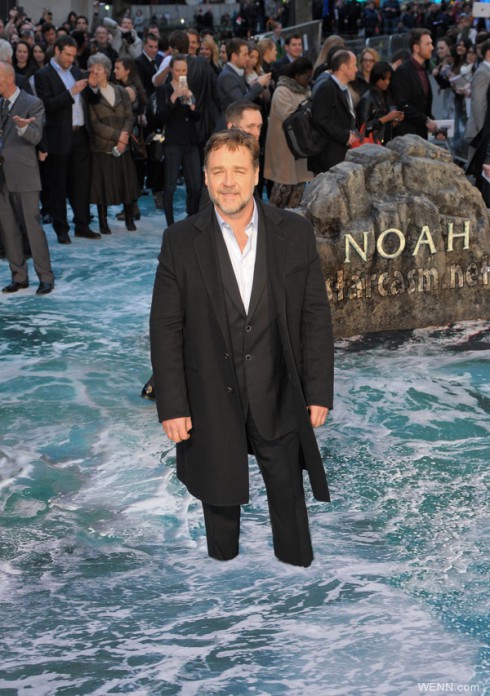 Jennifer Connelly was the opposite of Emma with her gothic floral gown by Alexander McQueen that featured a full-length frayed organza black skirt. (My apologies for not actually being able to see the full-length.) 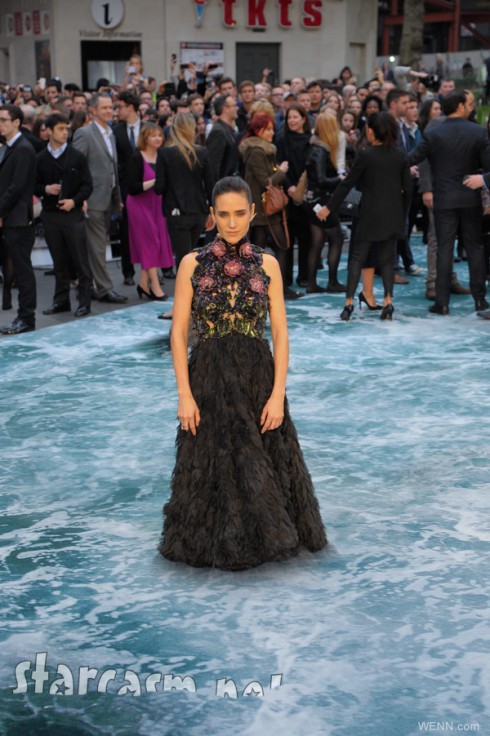 Hugh Jackman was more like Hugh Soakman as he waded the flood carpet a bit awkwardly wearing a gray suit: 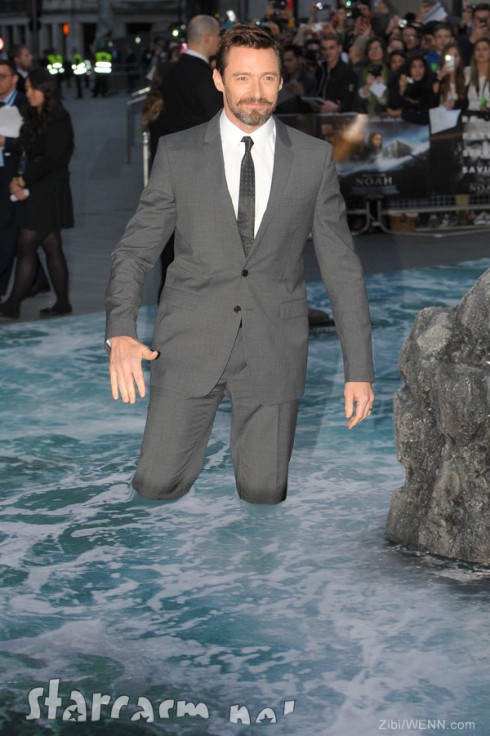 Noah opened over the weekend here in the US and was number one at the box office with an estimated $44 million in ticket sales. Surprisingly (to me anyways), Noah has garnered a much higher Rotten Tomato score from critics (75%) than audiences (48%). I assumed with Aranofsky directing and it being a biblical adaptation that it would do well with both scores — and if there was going to be one higher it would be the audience. I plan on seeing it this week so maybe I’ll understand why soon! (I’m not reading the actual reviews yet because I don’t want to be jaded going in.)