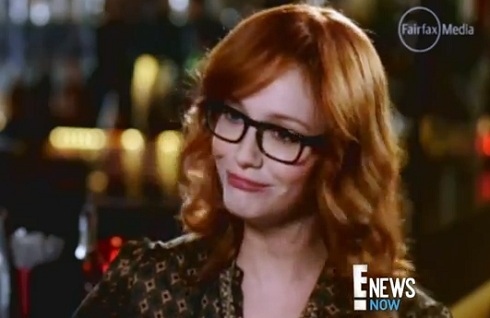 Christina Hendricks is known for her curves, and while she embraces her figure, the Mad Men star has her limits when it comes to what people say about her frame. During a recent interview, the actress was caught off guard when the woman interviewing her referred to her as a “full-figured” woman. Christina was so offended that she even stopped the interview, which made for an incredibly awkward moment.

While in Australia to promote an eyewear line, Christina sat down with  Sydney Sun-Herald reporter Kate Waterhouse, and the interview went south real quick. The first thing Kate asks Christina is, “You have been an inspiration as a full-figured woman. What is the most inspiring story that you can remember where you’ve inspired someone?” Christina is visibly offended and can’t do much other than shake her head and mutter, “Um, I don’t know.”

Here’s a report by E! News in which you can see the awkward interview segment just after the 30-second mark:

The cameras were then shut off and Christina allegedly told producers, “I think calling me full-figured is just rude.” Christina gave it one more shot with the reporter, but she didn’t seem to understand what was so upsetting to Christina and once again said, “You’ve been known as an inspiration for women as being a full-figure.”

Christina was even more shocked the second time around and laughingly said, “I mean … you just said it again.” The reporter, of course, apologized to Christina but after the second time, it was a bit too late. Christina halted the interview.

Talk about putting your foot in your mouth! This woman successfully put both feet in her mouth. No word on if they gave the interview a third shot, but we’d assume that Christina and her non-full curves packed it up after that.

And speaking of curves and packing, let’s take one looong last look at Christina and her not full-figured self shall we? 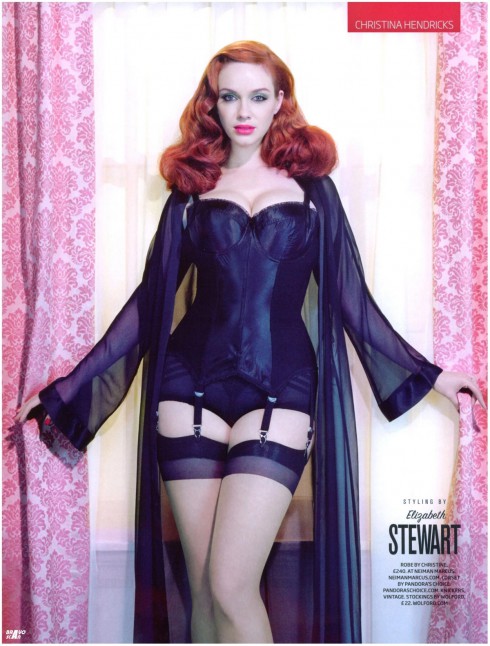