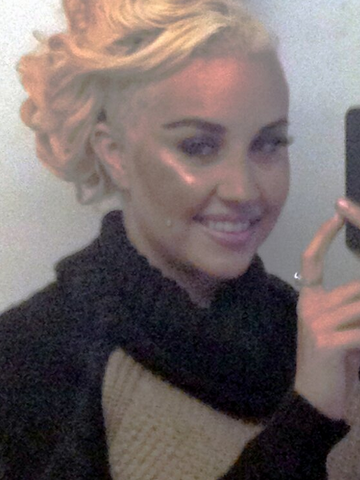 Amanda Bynes was arrested in New York City last night after the doorman at her apartment building reported that she was in the lobby smoking marijuana. When the cops arrived to Amanda’s apartment, they witnessed her throwing a bong out of her 36th story window and smelled a heavy scent of marijuana. Amanda was then arrested and taken to a local hospital where she underwent a psychological evaluation before being transported to jail. One day later, Hollywood publicist Jonathan Jaxson is speaking out about the dramatic event.

According to Jonathan, he too called police last night after getting what he says was “proof she was suicidal.”

“It’s been a long few hours,” Jonathan told Radar Online shortly after her May 23 arrest. “I got police to be able to go to her home. I am told they found drugs and other things. I had proof she was suicidal. There were text messages and other things. I repeated all of this to the NYPD and they took it seriously.”

Jonathan, who is referring to last night’s events as a “successful intervention” for Amanda, also explained, “I want the world to know that this is a victory and that she is now going to get the help she deserves.”

This isn’t the first time Jonathan has tried to get help for Amanda. On May 1, Jonathan called police claiming that Amanda was “soooo messed up on drugs” but not much came of the incident — except a feud between Amanda and Jenny McCarthy.

“Amanda had called me and we had a private conversation, but it was clear to me that she was high on drugs,” Jonathan revealed to Radar Online at the time. “Then, she said that she didn’t want to live anymore. I took that as that she wanted to kill herself. I freaked out. I thought, ‘I have to do something to save her.’”

Amanda, who is currently on probation, has been charged with reckless endangerment, tampering with evidence, and criminal possession of marijuana.

A second Radar Online report claims that Amanda’s parents had met with lawyers a short time before she was arrested in hopes of gaining a conservatorship over her. “Rick & Lynn have met with several lawyers that handle conservatorships in the past month, because they want to get a conservatorship of their daughter,” a source stated. “They have been advised that even as disturbing as Amanda’s behavior is, it’s very unlikely that a judge would sign off on a temporary conservatorship.”

Unfortunately, it doesn’t look like her parents are going to have any luck — even after this recent arrest. “Conservatorships are very hard to get, and being mentally ill and addicted to drugs isn’t enough. Amanda hasn’t ever been to rehab or ever agreed to see a mental health professional. Her parents are absolutely powerless to do anything at this point.”

UPDATE: TMZ is reporting that Amanda has just arrived to court sporting the same clothing and platinum blonde wig as she was seen in last night. Amanda was led into the courtroom in handcuffs, requesting that her photograph not be taken.