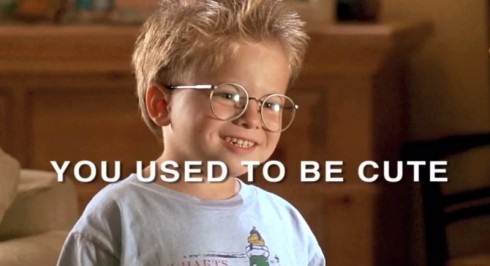 Do you remember Jerry Maguire‘s Jonathan Lipnicki? You know, the adorable little boy who basically stole the show as Renee Zellweger’s son? He went on to roles in Stuart Little and The Little Vampire, but lived a largely quiet life in the suburbs during his teenage years.

Now 23, Jonathan’s trying to get back into acting — but has found many people have preconceived notions about him that make things difficult.

To summarize: Jonathan Lipnicki didn’t have a serious drug problem, he didn’t punch a German tourist and he likely didn’t kill someone. (He didn’t get to defend himself against the last rumor, but I assume it isn’t true.)

“I went to public elementary, middle and high school. I have great parents… They thought that was really important and it was,” he recently told Katie Couric. “That’s why I’m a normal person. I played water polo in high school. I got to go to prom, you know?”

Jonathan said he’s gotten some tips from his old friend Tom Cruise on getting back into acting. He’s completed filming for three movies that are due out later this year or next.

VIDEOS MTV releases 16 & Pregnant: Where Are They Now webisodes