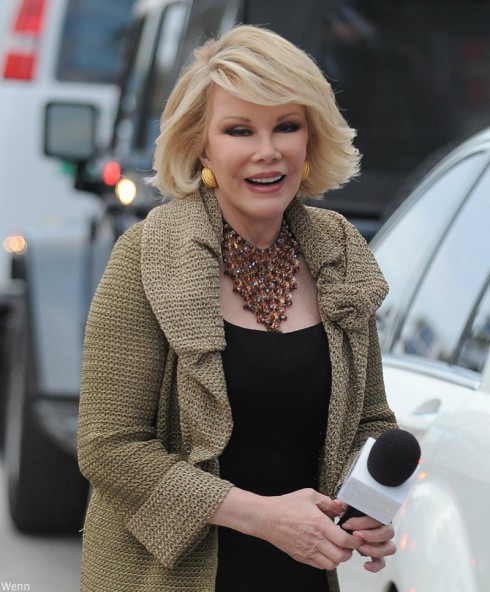 The New York City Office of Chief Medical Examiner announced today that Joan Rivers’ cause of death was low blood oxygen (hypoxic arrest) while she was under anesthesia.

OCME has completed its investigation. The cause of Ms. Rivers’ death is anoxic encephalopathy due to hypoxic arrest during laryngoscopy and upper gastrointestinal endoscopy with propofol sedation for evaluation of voice changes and gastroesophageal reflux disease. The manner of death is therapeutic complication.

Although propofol gained a bad reputation following Michael Jackson’s death, it is a common anesthetic — which comes with inherent risks. The OCME added “the death resulted from a predictable complication of medical therapy.”

Following Joan’s death on Sept. 4, the clinic where she was undergoing a procedure at the time she suffered hypoxic arrest was heavily scrutinized. Multiple sources speculated that Joan’s death was due to an unauthorized biopsy being performed by her personal doctor, Gwen S. Korovin. The medical director at the Yorkville Endoscopy Medical Clinic eventually stepped down. The OCME’s findings seem to clear both Dr. Korovin and Yorkville Endoscopy Medical Clinic of wrongdoing. The New York State Health Department is still investigating.