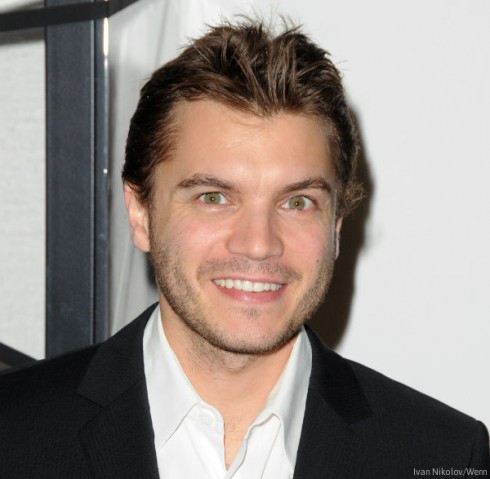 Into the Wild‘s Emile Hirsch has gotten himself into some serious trouble for allegedly choking out a female Hollywood executive during an argument at the Sundance Film Festival last month. He is now charged with felony third-degree aggravated assault and misdemeanor intoxication.

According to TMZ, Emile instigated a fight with Paramount’s Daniele Bernfeld in the early morning hours of January 23 by taunting that she looked “so tough” and like a “rich kid.” When she moved away from him, Emile allegedly approached her from behind, “put her in a chokehold” and “pulled her across the table and onto the floor.” She told police it felt as though “the front and back of her throat were touching and she remembers things going dark.” Two other people had to pull Emile off Daniele.

Today, Emile’s spokesperson said the actor is “devastated” by the way everything unfolded and has checked into rehab.

“Emile consumed an enormous amount of alcohol on the evening in question and he has no memory of what happened,” spokesperson Robert Offer said in a statement. “Emile takes these allegations very seriously, and is devastated that any of this has occurred. A few days after the incident, Emile sought help and checked himself into an alcohol rehabilitation facility, where he remains today, to ensure nothing like this ever happens again.”

A source told People the 29-year-old father-of-one “has been a mess for a long time.”

“He’s very sweet in the right moment but he has no hesitation with showing up to a public event [on substances],” the source said. “There’s times it seems like he’s not actually present.”

Emile is due in court on March 16. He faces a potential five years in prison and $5,000 fine if convicted of the assault charge.