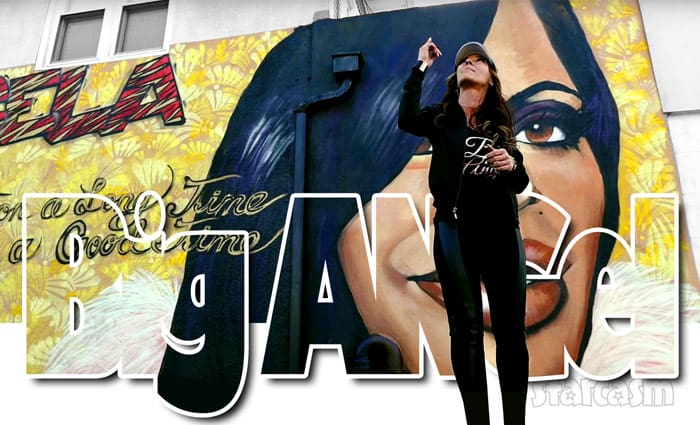 The music video was recorded in front of the Big Ang tribute mural in Staten Island, painted by Danielle Mastrion and Vincent Santorella. But the video also includes lots of photos and clips of Big Ang herself:

That was really great! And I thought Drita nailed her part while being both tough and obviously in pain over Big Ang’s passing. Here are the lyrics to Drita’s verses in the song: 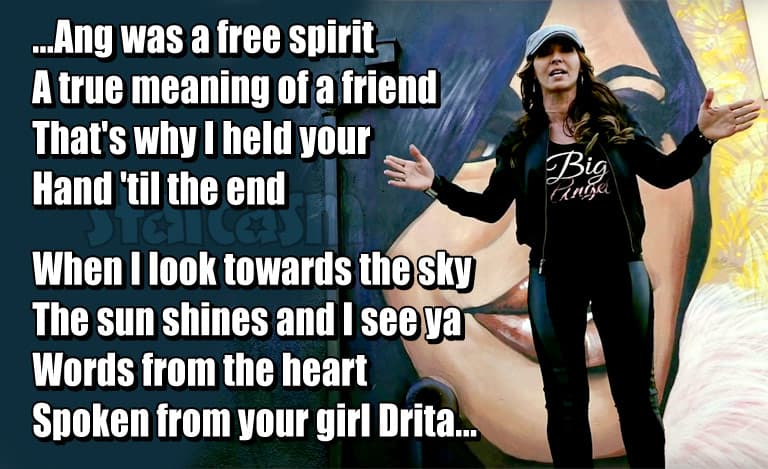 Well done, Drita. Something tells me this song is on repeat on high and there is a lot of dancing and a lot of larger-than-life laughing.

Hugh Hefner has passed away at age 91

How did Whitney Houston die?