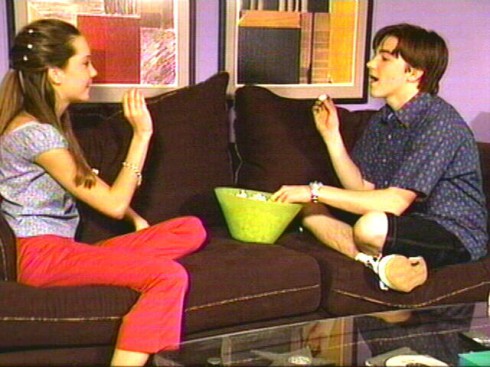 There is at least one Drake on Amanda Bynes’ good side right now!  After Drake Bell, Amanda’s former costar, defended the embattled retired actress to OK! Magazine, she retweeted the story. He is also one of 15 accounts she follows on Twitter.

So, what exactly has he done to remain in her good graces? For one, he is fully on-board the “Amanda is not crazy” train.

“We worked together for years,” Drake said last weekend. “I talk to her every day. She’s a sweetheart. I had lunch with her yesterday, and she’s brilliant. She’s good, and she’s healthy.”

He won’t deny that she has a bad hairdo, but he said that isn’t a sign of mental illness.

“It hurts me and it upsets me, because I look at her and talk to her, and we’ll sit down for lunch or dinner, and I’m like ‘Amanda, what is going on?’ And she’s like ‘whatever,’” he said. “She’s the same beautiful, funny, artistic, thoughtful person that she’s always been, but she decided to change her hairstyle.”

He also thinks people who claim Amanda is suffering some kind of psychotic break are really just hung up on her appearance.

“She got piercings in her cheeks, and I’m talking to Amanda who says ‘I just wanted piercings in my cheeks. Big deal.'”

The former Nickelodeon child stars go back a long way. The appeared together on The Amanda Show from 1999 to 2001 and have remained close since then. Drake, who recently competed on Splash and resides on the West Coast, even said New York-based Amanda is “like a sister.” 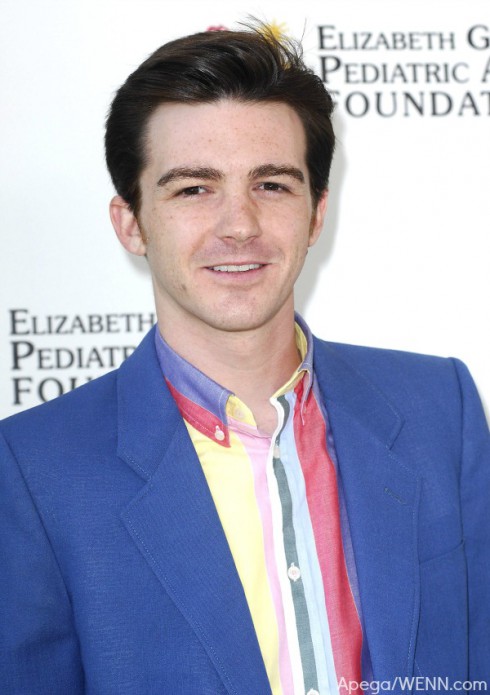 With such an extensive history, Drake’s earned himself the right to call it like it is with Amanda.

Even though he doesn’t think there’s cause for concern about her mental state, Drake admits Amanda is going through some tough times.

“She definitely has an issue with the family, but everybody does,” he said. “Everyone has issues with their family, but that’s not what it is.”

He seems comfortable playing the role of supportive friend for the most part. But, there’s one point of contention between Drake and Amanda: “She needs to get out of retirement, and make us laugh again, because that’s what she’s brilliant at. Amanda Bynes is brilliant at making us laugh, and that’s what she needs to do. She’s great at it.”

Meanwhile, Amanda looks forward to making her first rap album and going on tour. She also shared the seemingly unprovoked tidbit that she “could never marry a German” because she is Jewish.

It might go without saying, but we’d much rather see her get back into acting. But — anything is possible! — we might eat our words when she accepts her first Grammy Award.

Drake responds to Amanda Bynes’ tweets about him