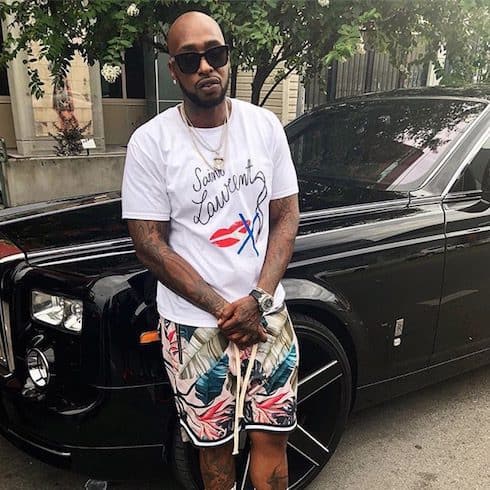 The Black Ink brand’s expansion into Atlanta was a major storyline throughout Black Ink Crew Season 6. And now that the show is back for Season 7, it looks like Black Ink New Orleans will be at least as big a part of the new episodes.

But the overall trend is that Ceaser keeps opening new shops and expanding his reach into ever more diverse areas. So far, there’s a total of five Black Ink tattoo shops: two in New York City, and one each in Atlanta, New Orleans, and Orlando. Additionally, Ceaser signed the lease for a sixth shop earlier this year, in Philadelphia; it just isn’t open yet.

So far, none of Ceaser’s other shops have reality TV spinoffs of their own — though it’s been widely reported that casting and filming are being planned for Atlanta and Orlando at least. (Click here for our report on the two potential Black Ink spinoffs.)

Where is Black Ink New Orleans? What’s its address?

The pristine location isn’t doing anything to hurt business — nor is the fact that the shop’s grand opening earlier this summer coincided with Essence Fest 2018. Ceaser shared a few clips from the grand opening, and, to use his words, it definitely looked like a movie in terms of scope and spectacle. Here’s a glimpse:

As far as the tattoo side of things goes, Ceaser made a splash earlier this year by hiring notables Jay Mckay and Inkfiendz to serve as part of the shop’s staff.

Here’s an early look at what to expect when Harlem comes to NOLA, courtesy of VH1:

But, ever the businessman, Ceaser had one more trick up his sleeve. You don’t have to be in the mood for a tattoo to visit the shop, since its primary function is actually as a bar and restaurant. I’ll admit that I was a bit skeptical when I first heard about this combination, as it sounded a little bit like eating from the buffet at a strip club. (Granted, I’ve never actually done this, so maybe those $3.99 steaks are the real deal.) But the Black Ink restaurant reviews appear to be pretty good, so you can probably put that concern aside.

Black Ink Crew has an unexpected connection to another reality show

Finally, I would be remiss if I didn’t point out something obscure and interesting that I discovered while researching for this article. Though Black Ink New Orleans opened this past July, the entire Black Ink Crew cast was in town a few months earlier for the lease signing jamboree. After Ceaser put pen to paper, at least a few of the cast members went out for a celebratory meal at Morrow’s.

Why is that relevant? The Marigny-based restaurant celebrated in the city’s African-American community and based in a building owned by Sidney Torres, star of CNBC sleeper hit The Deed. Here’s chef and owner Larry Morrow posing with Black Ink Crew‘s Teddy Ruks and Ceaser’s publicist Andrea Sunday:

A gratuitous tie-in perhaps — but maybe Ceaser’s prowess as a businessman is just rubbing off on me.

(Photo credits: Where is Black Ink New Orleans via Instagram)

BLACK INK CREW Dutchess cheated on Ceaser with new boyfriend Zack Sanchez, but is she still with him?