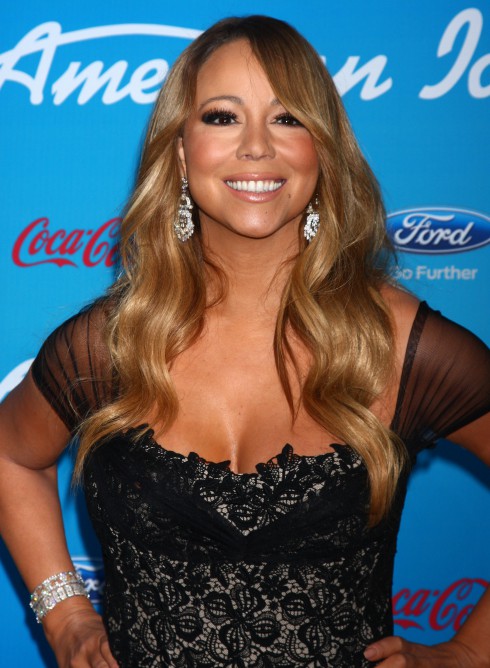 Candice Glover was crowned the winner of American Idol season 12 last night, but today, she’s not who everyone is talking about. Instead, the AI judges are once again in the spotlight as Mariah Carey’s seven-minute medley performance is receiving criticism from viewers accusing her of lip syncing the whole thing.

Thanks to the immediacy of social media, Mariah wasn’t even finished with her performance before the controversy began on Twitter. “Good Lord Mariah Carey lip syncing too. And not well. This is just sad. #idol” wrote one viewer. And here are a few other samples culled together by ET Online:

@MariahCarey was definitely lip syncing during her performance on #idol…I guess she’s lost it, why else would she have to lip sync??

Mariah Carey was either lip syncing like a mofo or my tv is delayed… I’m betting on lip synching. #AmericanIdolFinale

Waited the entire season for @MariahCarey to perform and she gives us recorded watered down lip syncing…. she should be ashamed! #idol

Music Box the first @MariahCarey CD I bought, title of new album “Lip Syncing”??…my god how terrible on #idol, come on, you can do better.

Mariah Carey did a HORRIBLE job at lip syncing :\ I’m not even being shady … Or being biased… Like … Why?

Good Lord Mariah Carey lip syncing too. And not well. This is just sad. #idol

“Dad, I thought it was the TV!! I said maybe my TV was off!!”- him on Mariah Carey’s lip syncing

Mariah Carey lip syncing on AI….kind of ironic since she critiques live performances when she can’t even do it herself. #HangItUp 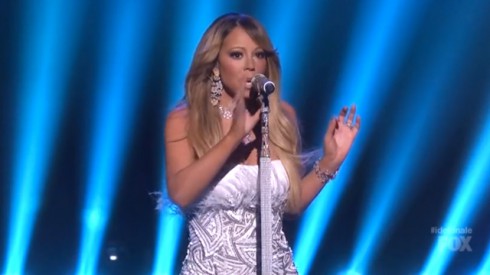 Despite fans’ perceptions, Mariah’s rep insists that she was singing live, pointing out that she even entertained the audience with additional songs during the commercial break. Mariah “absolutely sang the entire medley — Vision of Love, Make It Happen, My All, Hero, We Belong Together and her new single #Beautiful — completely live!” the rep told Entertainment Tonight.

Here’s the video so you can decide for yourself:

What do you think? Was Mariah singing live or was this a pre-recorded sing-a-long?

In other Idol news, Randy Jackson officially announced his exit from the series earlier this week and it is being reported that Nicki Minaj is out as well. In fact, some reports claim that all four judges, including Mariah, will be leaving the show and replaced with a new set of judges for season 13.

What does “Oppa Gangnam Style” mean?