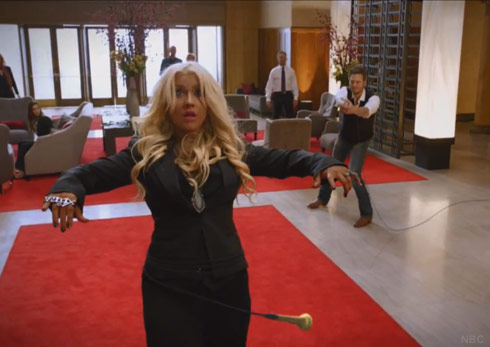 NBC’s The Voice continues its bid to draw viewers away from Fox reality competition ratings stalwart American Idol when it premieres its sophomore season tonight right after what promises to be the most watched Super Bowl ever. As Idol enters its 11th season, data suggests the average age of the show’s fan base is trending up and up, and The Voice is hoping to take advantage of that by aggressively marketing to a much younger audience. And what speaks better to a “younger” audience than a special effects laden commercial with lots of high-flying karate stunts and… Betty White!?!

That’s exactly what you get in The Voice‘s fun and campy Super Bowl commercial which features the show’s four judges (Christina Aguilera, Blake Shelton, Adam Levine, and Cee-Lo Green) battling to be the first to discover who is behind the magical voice wafting through their ritzy hotel:

I have to confess that my allegiance is shifting from American Idol to The Voice, and the reason is exactly what the marketing suggests: Idol just seems boring. I think part of it is because the show and the format have been around so long, but mostly for me it was the loss of Simon Cowell on the judges’ panel without a suitable replacement willing to say anything negative.

I enjoy a number of reality competition shows such as Idol, Project Runway, and Top Chef – partly because I enjoy watching people sing, cook, and design clothes, but also because I feel like I’m actually learning something when I am able to draw my own opinion and then compare it to someone who actually knows what they’re talking about and is unafraid to say it. (Like Michael Kors, Tom Colicchio, and Nina Garcia) I watched some of last season of American Idol and I didn’t feel like I was learning anything. Blah, blah, blah… Back to the commercial, right?

Here are the fantastic stylized splash images for each of the judges, looking as though they were straight from a Quentin Tarantino film: 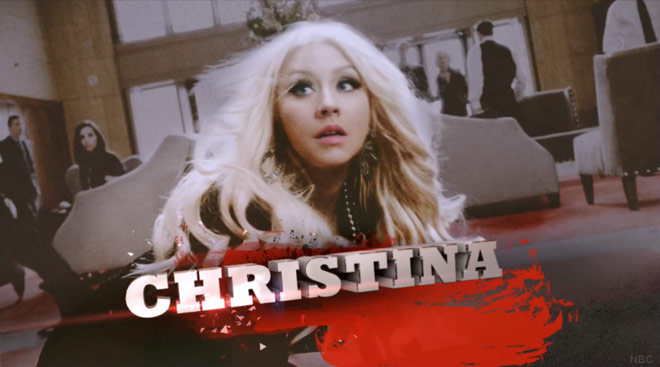 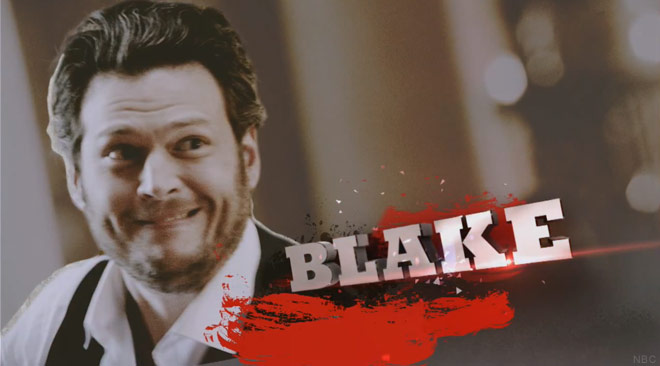 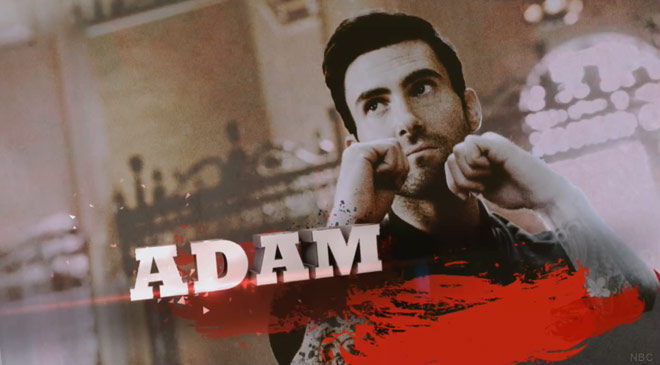 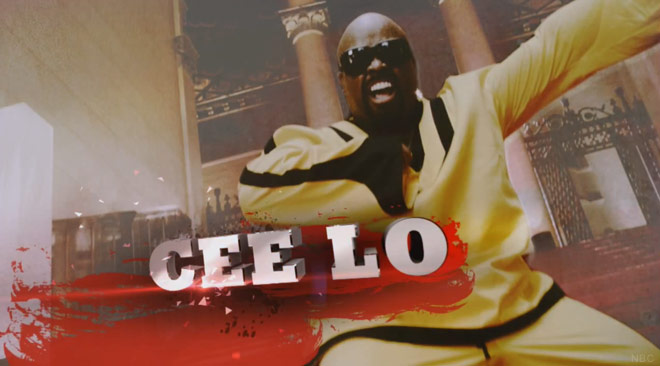 The Voice‘s “Vocal Combat” commercial was directed by Friday Night Lights and Battleship director Peter Berg. After its premiere following Super Bowl XLVI, The Voice will air Mondays at 8/7c on NBC.

VIDEO: The WRONG way to fly out of DFW