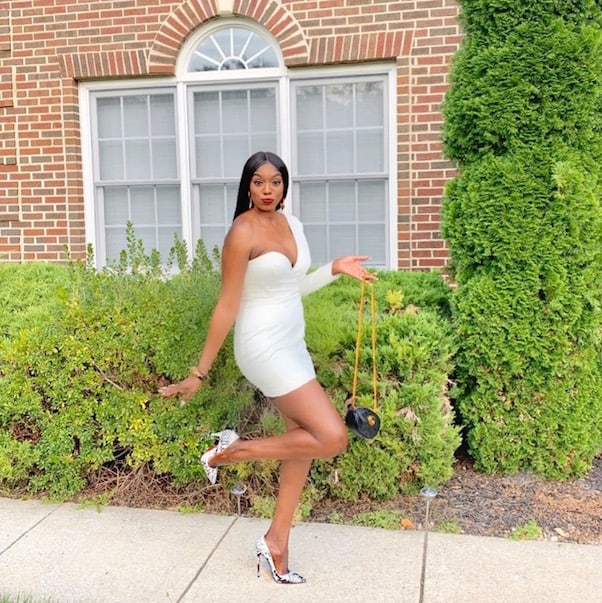 REALITY TEA – It seems there’s still no love lost between Real Housewives of Potomac stars Wendy Osefo and Karen Huger, with Wendy now saying of Karen, “Let her continue to say she doesn’t know me, that’s fine. Because if she knew me, she would know not to mess with me. So, you’re right, you don’t know me. Let’s keep it like that”

VOX – Donald Trump’s sister Maryanne Trump Barry went in on her brother in a series of conversations secretly taped by Maryanne’s niece Mary Trump. On the one hand, Maryanne’s comments don’t really say anything we didn’t already know; on the other: hot gossip

JEZEBEL – In considerably colder White House news, Melania Trump ripped out the Kennedys’ Rose Garden and replaced it with a bunch of box hedges and a limestone walkway: “I can see where the colorful flowers and vibrant trees that once defined the landscape would have no place on the Trump grounds, a place where joy and optimism must be crushed and replaced by brutal austerity”

CELEBITCHY – Because “the Royal family can’t get involved in politics,” British tabloids and a certain older generation are losing their collective minds over Duchess Meghan’s participation in a “When We All Vote Couch Party,” during which she encouraged people to vote

THE ASHLEY’S REALITY ROUNDUP – Bravo has pulled a handful of episodes of Southern Charm for being racist, so here’s a look at which episodes they yanked & why they were taken down. There’s also a strong argument to be made that you could simply pull Southern Charm itself for the same reason, but I suppose that’s an argument for another day

DLISTED – Rose McGowan is gunning for Alyssa Milano on Twitter, accusing her former Charmed co-star of phony activism and making the Charmed set a toxic environment; Alyssa, unsurprisingly, had a few words for Rose in return

THE BLAST – “Megan Thee Stallion CRUSHES Instagram Showing Off Her Bangin’ Body Fishing In A Thong!!”

LAINEY GOSSIP – Evidently the CBS show All Rise was bound to wind up with a writer’s room mutiny against the showrunner, which is exactly what’s happened over the last few months thanks to a racial imbalance baked right into the show’s premise

GO FUG YOURSELF – OK, but, to be fair, didn’t pretty much everyone smoke cigarettes and eat ice cream sundaes at the same time in 1958, and not just Sophia Loren? There could be a whole Mad Men prequel based on just this and nothing more