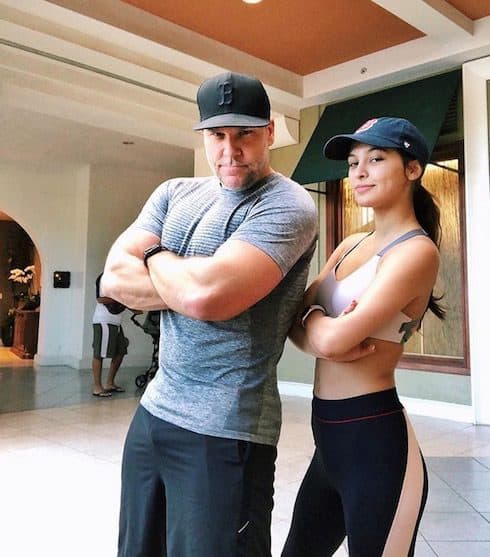 CELEBITCHY – Somehow, the pics of Dane Cook and Dane Cook’s very young girlfriend kissing are way less disturbing than the candids with the two of them posing side-by-side. Being able to see both of their faces makes them look like a 45-year-old father and his 19-year-old daughter enjoying one last family vacation before she goes off to college

JEZEBEL – If you’ve been feeling especially miserable, depressed, run-down, ragged, or helpless for the past year and change, it turns out you’re not alone. According to a massive new Gallup poll, a mysterious, nameless sickness has been ailing a majority of Americans since late 2016

LAINEY GOSSIP – We’re now less than two months from Beyonce’s return to the stage at Coachella. So Beyonce has that much time to drop some surprise album / single / tour announcement, and the rest of us have an unofficial deadline for figuring out who the unnamed actress is that Tiffany Haddish says hit on Jay-Z at a party and almost got Beyonce to throw hands

REALITY TEA – Peggy Sulahian won’t be back for more Real Housewives of Orange County sleepwalking next season. Fan reaction appears to be a mix of high-pitched joy shrieks and shrugs

UPROXX – To celebrate the one-year anniversary of its release (and as part of its overall Oscar campaign), Get Out is coming back to theaters for free on President’s Day. The catch: it’s only going to play at, like, 100 theaters

VOX – Here’s a breakdown of how much Winter Olympic athletes have to eat every day. Cross-country skiiers are the most otherworldly, at between 4,000 and 7,000 calories. And ski jumpers are the most mortal, with a pitiful 1,300 to 2,500. Also, apparently teenage snowboarders are just like regular teenagers in that they can subsist on a diet of ice cream and churros and still function. Except, in this case, “function” means “Win a gold medal”

THE BLEMISH – Also, contrary to what you may have heard, the Winter Olympics are not being held at P.F. Chang’s

DLISTED – Those of you still hoping against hope for a third Sex In The City movie are in luck: Cynthia Nixon is still in Kim Cattrall’s good graces. Though, in her favor, Cynthia apparently called Kim to express her condolences for Kim’s dead brother, and a phone call is always superior to an Instagram comment where death is concerned

MTV Cribs is coming back!