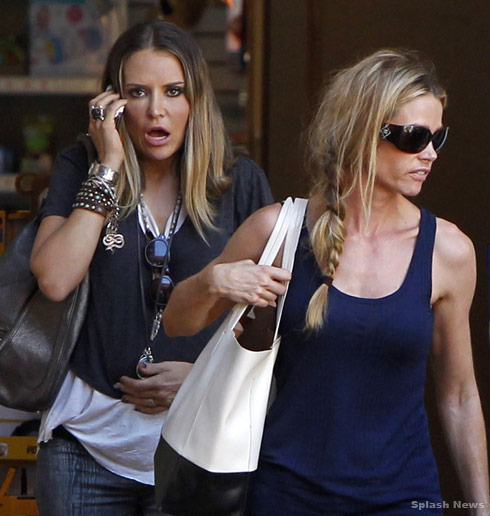 An investigation into allegations that Denise Richards abused her 3 daughters and twin sons of ex-husband Charlie Sheen has been closed by the Los Angeles Department of Children & Family Services, according to a report via Radar.

This probe was launched after Sheen’s 3rd ex-wife, Brooke Mueller, called the Los Angeles Police Department on November 26, alleging that Richards had been abusing the children. The result shouldn’t come as much of a surprise to anyone who’s been following this circus in which Richards has appeared to be the only sane adult in the situation.

“Child welfare officers quickly established that there was no merit to Brooke’s claims and found that no follow-up investigation would be necessary. The department, under California law, had to officially look into the claims. Denise was cooperative and had been scheduled to meet with DCFS for a follow-up meeting, but officials decided it simply wasn’t necessary. It now won’t be taking place. The case is closed.”

At the center of this dispute were photos, which also ended up online, submitted by Sheen’s people showing son Bob looking like he suffered injuries. Charlie’s team alleged that the injuries were suffered while the child was under the supervision of Mueller or the child’s grandmother; the latter claimed that Bob was in that condition after leaving Richards’ care.

The twin boys are currently under the court-appointed temporary guardianship of Brooke’s brother Scott Mueller.