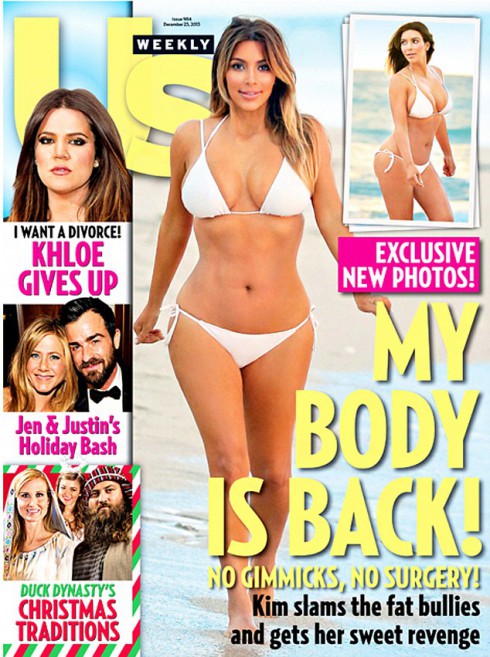 She may be on Anna Wintour’s blacklist, but Kim Kardashian just landed another notable magazine cover — and took full advantage by showing off her post-baby bikini body.

“Kim feels confident again,” a source close to Kim told Us Weekly. “She worked really hard and is so motivated to stay fit.”

Although Kim didn’t speak with the magazine, she previously revealed that she relied on the Atkins diet to lose weight.

“I am very frustrated today seeing reports that I got surgery to lose my baby weight!” she tweeted in November. “This is FALSE. I worked so hard to train myself to eat right & healthy, I work out so hard & this was such a challenge for me but I did it!!! I’m so proud of my accomplishment & NO ONE will take this away from me with fake reports! Say what u want about me but I work hard & am the most disciplined person u will ever meet!”

The Nov. 30 photos are basically more stripped down, better lit versions of the picture she shared in October… And there’s no denying she looks great for someone who gave birth less than half a year ago! That being said, I want to remind everyone that the new images were undeniably Photoshopped. 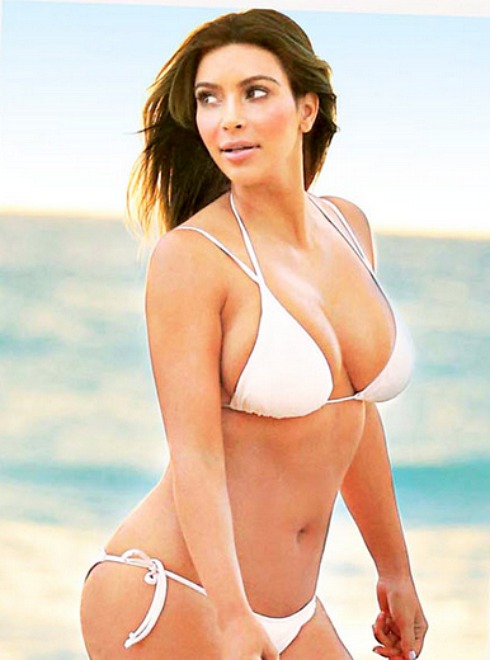 I know Kim is rarely cut a break by the media. Still, I can’t help but feel frustrated she’s put so much emphasis on showing off her post-pregnancy body. The vast majority of us wouldn’t be ready to pose in a tiny bikini on the cover of a national magazine just months after giving birth — and that’s ok! (Hops off soapbox.)