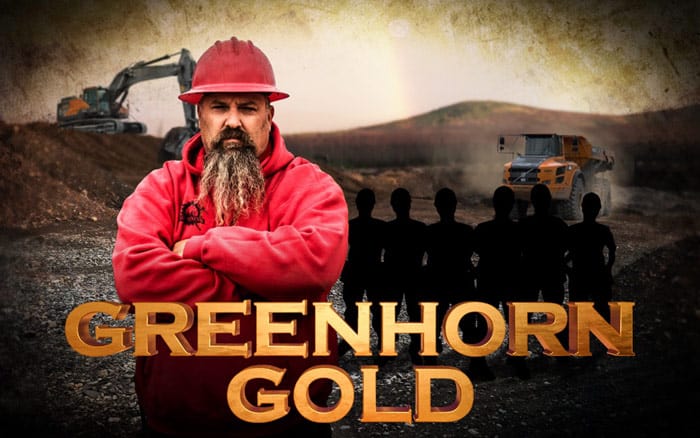 Gold Rush OG Todd Hoffman announced back in February that he and his family would not be returning for the new season of Gold Rush, but it seems Todd’s retirement from the world of gold mining reality TV was short-lived as he has just announced he will be part of a brand new gold mining reality competition series!

More on the show’s concept from Deadline:

Tentatively titled Greenhorn Gold, the series will feature a cast of men and women from all walks of life as novice miners attempting to dig for gold in a blue collar, competition-style reality show. After a massive tryout, the greenhorn miners will be eliminated one-by one until only six remain at the end of the season. Those six will walk away with life-changing money in raw gold to take home to their families.

“Todd is passionate about my two favorite things – telling stories and gold,” Thom Beers said of the former Gold Rush star. “There’s just something about gold that changes a person, and with Greenhorn Gold, we’ll see that transformation first-hand in all its dramatic glory.”

Todd also offered up his thoughts on partnering with the likes of Thom and Jeff on a new project. “Introducing the world to the prospecting business on Gold Rush was incredible; it’s thrilling to give others the chance to replicate that success,” he said. “Thom and Jeff have an unparalleled reputation for telling the stories of America’s unseen heroes, and I couldn’t be more excited to tell these stories with BoBCat.”

Deadline reports that the show is currently “being taken out to buyers,” and when Todd shared the announcement on Facebook, he encouraged his fans to show their support for the concept. “Here we go GR fans. It’s your turn now, how bad do you want it??” Todd wrote. “I need all the faithful to go on this journey with the Hoffman’s!!”

In the comments section he added: “If you as fans want this bad enough it SHALL BE!!! Start the noise.”

In a surprise teaser twist, Todd also made it a point to not rule out a return to Gold Rush! ” He should Come back to GOLD RUSH!!!!” One commenter wrote. “Never say never,” Todd replied.

So what do you guys think of the new show concept? I have to admit that an amateur gold mining competition series does sound like fun! Of course, my vivid imagination is imagining Todd Hoffman, Parker Schnabel, Tony Beets, and Dakota Fred Hurt facing the opposite way in big red chairs like The Voice and listening to pitches from aspiring miners. If they like what they hear, they press a button and spin around…