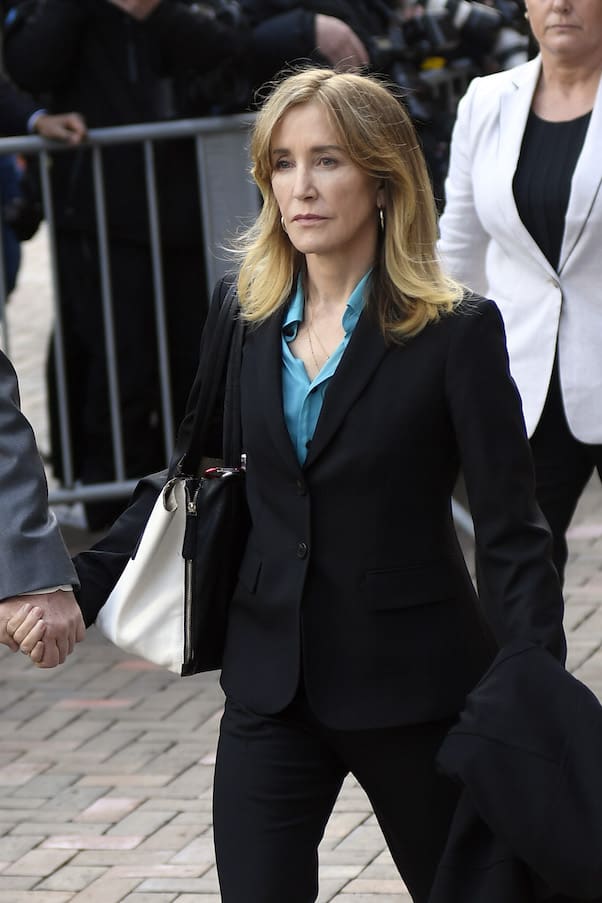 THE BLEMISH – Felicity Huffman and Lori Loughlin both pleaded guilty in the college admissions scandal yesterday. Felicity Huffman’s guilty plea means she’ll almost certainly see a least a little prison time (though she faces up to 20 years, prosecutors are only going to recommend twelve months, plus a fine)

DLISTED – In other guilty plea news, yesterday Allison Mack pleaded guilty to “racketeering and racketeering conspiracy charges” in the ongoing NXIVM sex cult trial. Not to equivocate, because both things are straight-up awful, but the allegations against Mack’s sex cult almost make the R. Kelly story look like a day at the beach with friends

CELEBITCHY – This story about Beyonce walking out of a meeting with Reebok because all the company’s execs were white is maybe the perfect example of Beyonce: poise and unflappability mixed with a resolve so pure it may as well be urban legend

VOX – It’s not your imagination: pollen season really is getting longer and more severe every year. If you know and regularly roll your eyes at any climate change deniers, here’s a nice bit of irrefutable evidence to help bolster your case

THE BLAST – The Staples Center in LA is giving away several thousand tickets for the Nipsey Hussle memorial service on Thursday, so, if you’re going to be in the area and want to attend, here’s how you can get hold of some

REALITY TEA – Jax Taylor actually sounds sweet here, even while employing the time-tested euphemism “try and concieve on our wedding night” instead of using a more bro-tastic phrase

LAINEY GOSSIP – The Avengers: Endgame press tour is in full swing, so enjoy this photo gallery of the living 50% of them, along with a delightful skirmish inspired by Paul Rudd’s now-infamous 50th birthday