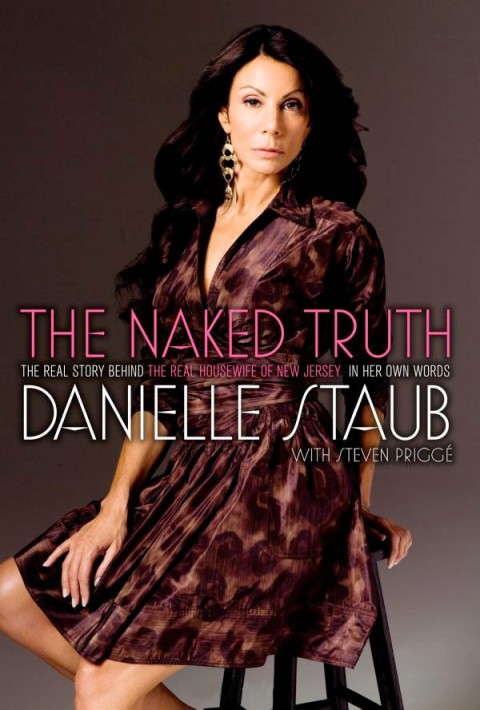 Everyone knows the details of Danielle Staub’s sordid young adulthood, but what nobody knows is her biological parentage.

Danielle was adopted as baby by the Merrills, a protestant family in Pennsylvania in 1962, and they gave her the name Beverly. That much we can be sure of, but the story of her biological parents is murky. Danielle has taken to relating several different romantic stories of her birth parents to the press and through her memoir, and is using the mystery of her birth mother as a plot point on The Real Housewives of New Jersey.

According to her ex-husband Kevin Maher, this isn’t the first time Danielle has sought her birth mother, she solicited Maher’s help during their marriage in 1989. At the time of her adoption, the records were sealed, so Maher made an unsuccessful bid to unseal those documents through his FBI and DEA connections (he was an informant). Maher says Danielle has no evidence to back up the wild tales she spins about her birth parents.

In one story Danielle supposedly told someone close to her that her mother was a 16-year-old  “Old World” Sicilian mafia princess impregnated by a Catholic priest.

In her book she says her mother was a wealthy 14-year-old Sicilian in love with a 19-year-old boy from a “forbidden” family a la’ Romeo and Juliet.  When she started to show, Danielle’s young mother was whisked away to America to give birth while at home her father was murdered. A family friend reportedly gave this information to Danielle when she was around ten. She also mentions the rumor that her mother had returned to the U.S. and had mothered six other children.

In short, Danielle believes that she was born from a fairytale, and to but she takes it a step further in her book. She expresses that she believes she inherted a taste for “the finer things” in life (who doesn’t?), innately knew how to cook Italian food “perfectly,” and absorbed Catholicism while in her mother’s womb.

Joe Giudice breaks down over going to prison, looking like a criminal