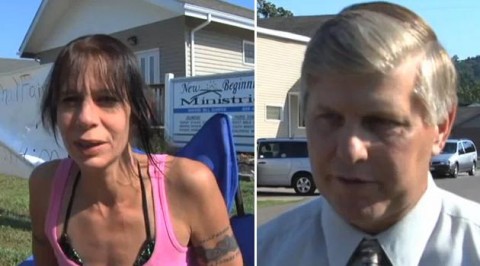 With this story I guess we’ll understand it all by and by.

The New Beginnings Ministries Church of Warsaw, Ohio has been protesting the Fox Hole strip club for four long years.  The owner of the Fox Hole and his booby wagging employees reached the end of their stripper pole with all this anti-dancin’ propaganda and decided to fire back with a little “pro”testing of their own.

“I have never seen anyone picket a church.  We had pastor Bill Dunfree and his followers show up about four years ago in August and its been virtual harassment every weekend since then.” 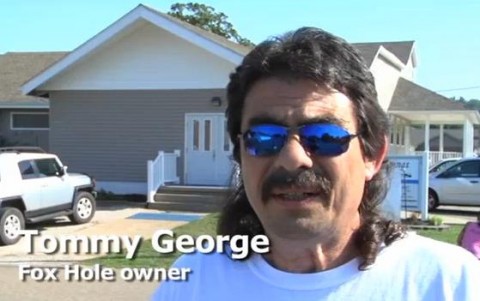 Pastor Bill Dunfree has his own thoughts on the counter protest and an explanation for his church’s years of picketing that has included, according to George, bullhorns, signs and video cameras for posting customers’ license plate numbers online.  Here is what the pastor said in regards to his position:

“What it comes down to is that in our society, in our world there is good and evil, right and wrong, there’s light and there’s darkness and what we’re dealing with right now whenever you take a look at the strip club it’s evil.” 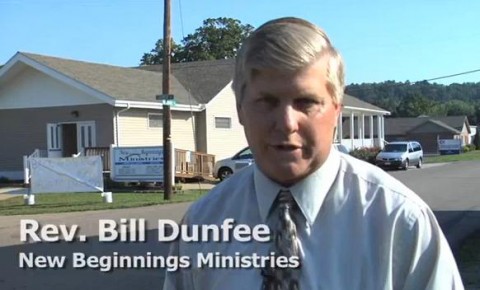 And as for the professional dancers that make their living at the Fox Hole?  Here is what they had to say about taking time out of their schedule to counter protest the church.

It’s worth every minute to lose all my hours of sleep just to come down here and protest in what I believe, in my rights to work where I want to work.” 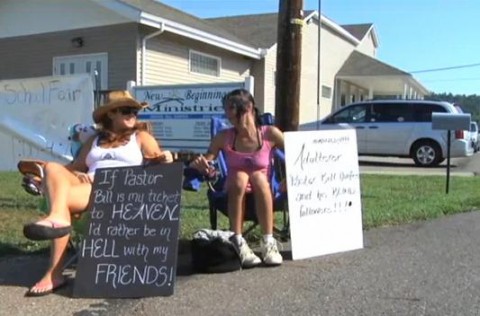 Here is the video of the report on the Holy vs. Fox Hole-y counter-protesting war in the Buckeye state:

So I wonder if the g-strings at the Fox Hole on a Saturday night or the collection plate at New Beginnings Ministries on a Sunday morning get more dollar bills?    With the looks of those booty shakin’ civil liberty defenders I’m going to go with the church.