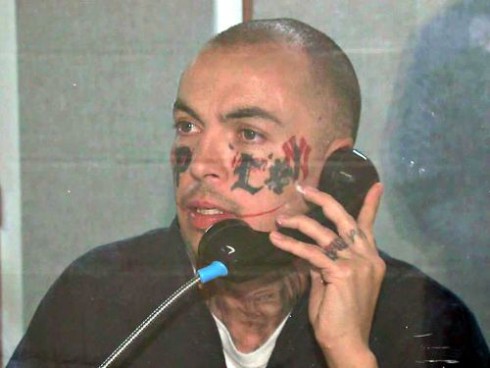 Phoenix Sundown, the California man charged with sending child pornography to one of the young Dance Moms stars, claimed in a new jailhouse interview that the preteen dancers were talking with him by using codes on social media.

“Seems like, ‘Oh, this dude is way obsessed.’ But no one is recognizing that there is communication going on,” he told KGTV, explaining the girls used cryptic codes in their tweets so advertisers wouldn’t catch on. He said it also protects them from admitting they had anything to do with him. “When something like this happens, it’s like, ‘I don’t know this guy. I’d never do nothing like that.'”

During the interview, Phoenix showed off his throat tattoo of a “zombie version” of Abby Lee Miller and said he sent packages to more than one of the dancers. He claimed they trusted him.

“They know I’m not going to come swinging through a rope and smashing through a window and screaming with print outs that we married,” he said. “I’m not that crazy.”

On Thursday, he pleaded not guilty to four counts of distributing harmful material and one count of animal cruelty. Prosecutors named four minor victims, including the young actress from the recent Poltergeist remake. The judge then raised Phoenix’s bail from $25,000 to $250,000.