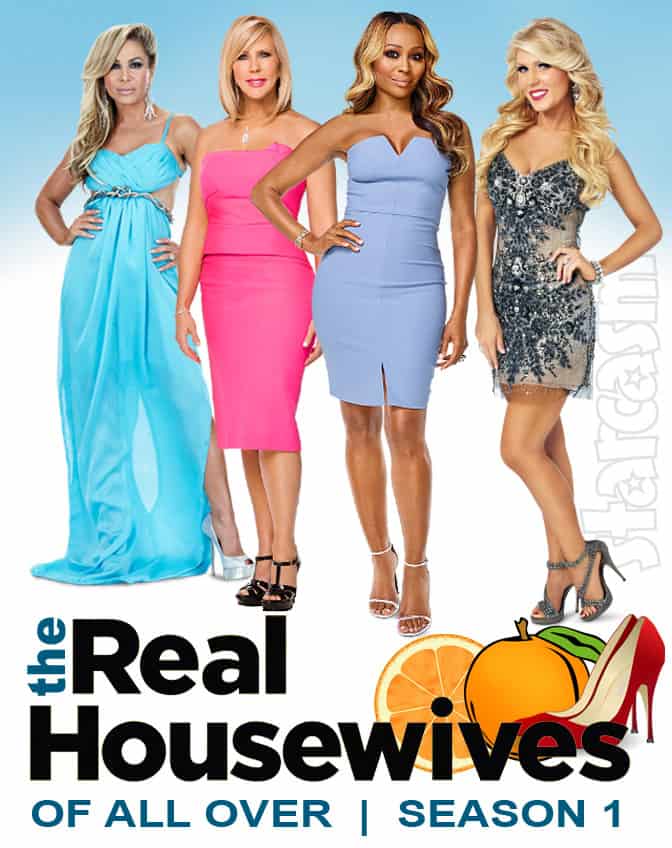 Real Housewives worlds collided over the weekend, as current and former stars from East and West Coast franchises got together in Los Angeles–where one of them revealed the group was “filming our upcoming show!”

The group consisted of these four Bravolebrities:

The fierce female foursome shared numerous photos and videos from the weekend, including this shot of them together in what looks to be a television studio. Adrienne Maloof tweeted the picture and revealed the project is an “upcoming show” with the caption: “Had so much fun with these lovely ladies yesterday filming our upcoming show! #staytuned ?” 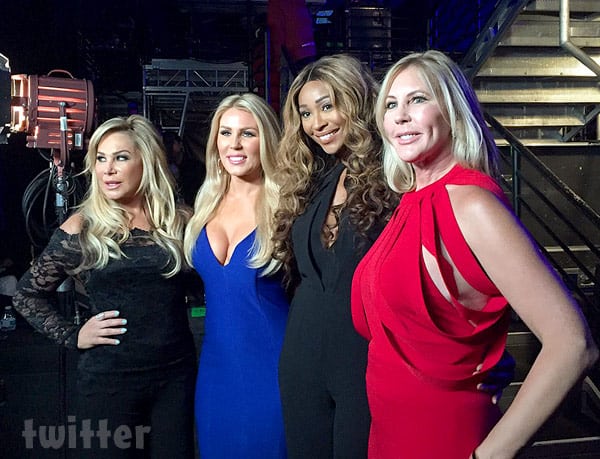 Gretchen Rossi seemed to reveal a little more with this next video, which she hashtagged #wefilmedforafunnewshowtodayonFox

So: the ladies were all together for one day filming a fun new show for Fox. Wait, what?! I have no idea what that could mean!

While you ponder the possibilities, here’s another photo of the four together — this time in an elevator courtesy of Cynthia:

Just when I thought I had seen it all! Craziest day ever with these beautiful ladies @adriennemaloof @gretchenrossi & @vickigunvalson? #LA #staytuned #funblondes

If you’re an avid Housewives fan, which is likely if you have read this far, then you are probably astonished that frenemies Vicki Gunvalson and Gretchen Rossi could seem so chummy. But just wait! Check out this next mind-blowing video clip of Vicki Gunvalson hugging Slade Smiley! Slade actually kisses Vicki on the cheek!!!

Sorry – my jaw dropped onto the keyboard there for a moment. Actually, to be completely accurate, Slade hugged Vicki and she never really reciprocated as her arms remained stiffly be her side throughout. But, still!!

Needless to say, we will keep our eyes and ears out for news on what this mystery show is. (When I first saw the photos I was going to guess Celebrity Family Feud, but that’s an ABC show. So–perhaps another team competition show? Any guesses y’all?)