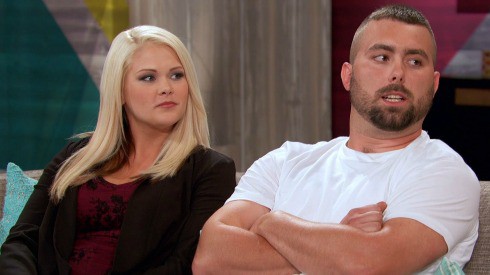 On the most recent episode of Teen Mom 2, we saw a heartbreaking clip of Leah’s twin daughter Ali discussing what it’s like living with Miranda and Corey. Leah’s cousin taped Ali as she explained that Miranda didn’t help with her heavy backpack because she was holding her baby Remi. Ali also claimed that her little sister gets all the attention in the Simms household.

Upon seeing the video, Leah was obviously distraught. She showed the video to family members and questioned how she should handle the situation. 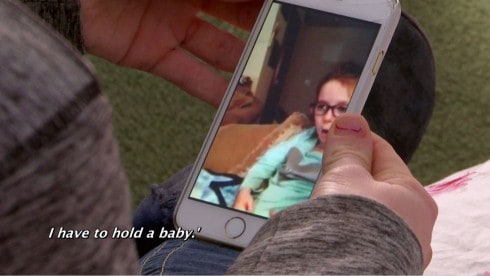 Since the episode aired, Corey and Miranda have stepped forward to give their side of the story. In an interview with MTV News, Miranda calls the claims against her “heartbreaking”.

“I always try to carry Ali’s backpack for her,” she explained. “I would never try to do any harm to the children or create any kind of task that I know Ali cannot do.”

Miranda acknowledged Ali’s feelings and says she wants to move on from the whole ordeal.

“I’m not saying how she felt was wrong — her feelings are important. I just hope that we can move on, and I hope that the girls feel comfortable no matter where they are at one time.”

Corey stuck up for his wife saying, “Miranda is aware of what Ali is capable of and what she’s not capable of doing. If Miranda would have felt that the backpack was too heavy, she would not have made her carry the backpack.”

So what about Ali’s claims that Remi gets all the attention?

“After Remi was born, I’ve never seen any type of jealousy that the girls had towards Remi or any kind of feeling that they felt left out,” Miranda explained. “Yes, it would be a big change for two six-year-olds to have a new baby in their lives when they’re used to just being the kids in the house.”

Be sure to catch the next episode of Teen Mom 2 to see how this drama unfolds when it airs on Monday at 10/9c on MTV.