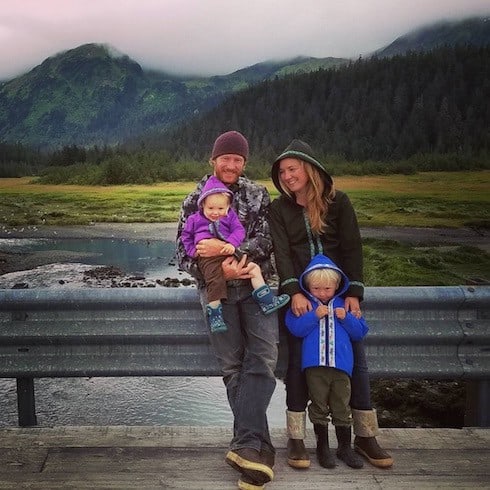 It’s been something of a poorly kept secret for a few weeks now, but we finally have official confirmation of the Alaska The Last Frontier 2017 premiere date. Last week, we first reported on the show’s unofficial October 1st premiere for Season 7, and Discovery has since revealed that the 1st of October is indeed when the Kilchers will make their grand return.

Additionally, ET has since gotten their hands on the show’s first trailer for 2017. It’s a brief, but action-packed look at what fans should expect.

Plus, the Alaska The Last Frontier 2017 trailer further confirms one big piece of information we reported last month: prodigal daughter Jewel Kilcher will indeed appear on the show this year, after making her reality TV debut during Season 6:

It looks like some of the clips in the trailer were taken straight from the premiere episode. Entitled “The Day The Homestead Almost Died,” the premiere puts it all on the line for the Kilcher family–literally. Here’s the episode description:

The Kilchers kick off a complete homestead overhaul; blindsided by a massive snowstorm, the family uses every piece of heavy machinery in their arsenal to ensure the survival of future generations.

Based on that brief synopsis alone, it’s safe to say the stakes have never been higher for the show. (It also seems possible, with all this talk of generations, that those semi-long-standing Eve Kilcher pregnancy rumors will come to fruition this season, but let’s not get carried away just yet.)

Finally, ET also reports that the Kilchers will “also offer weekly live, two-minute glimpses of the family and the opportunity to ask them anything in unscripted, off-the-cuff Q&A sessions.” The family’s Facebook Live sessions were a big hit with fans this summer, so stay tuned to the show’s official Facebook page for more updates on that front.

“The Day The Homestead Almost Died,” the first Alaska The Last Frontier 2017 episode, will air Sunday, October 1st at 9 PM on Discovery.

Guess which famous singer is the daughter of Alaska: The Last Frontier’s Atz Kilcher